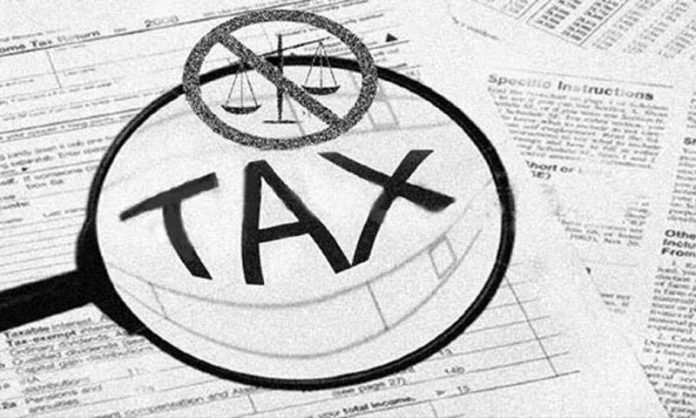 MIRPUR: In response to the public interest and persistent demand of the business community of Azad Jammu & Kashmir, the Inland Revenue Department of AJK government, the tax-realising authority in the state, has extended the last date of Assets Declaration Scheme till August 20.

“All concerned can now declare their hidden assets by August 20, 2019, to the AJK Inland Revenue Department by availing the opportunity of extension in the deadline,” Inland Revenue Department Commissioner Sardar Zaffar Mahmood Khan told APP on Monday. “Special helpdesks have been set up in all concerned sections of the field offices of the IR Department, besides the central offices in Muzaffarabad and Mirpur, to facilitate maximum number of the people willing to avail this scheme.”

It is pertinent to mention that July 31 was the last date for declaring the assets under the amnesty scheme in Azad Jammu & Kashmir.

Zaffar Mahmood Khan said that the AJK government had already issued a formal presidential ordinance with regard to extension in the deadline.

He continued that the amnesty scheme was launched by the AJK government under the recently-promulgated Finance Act 2019, to provide a golden opportunity to the residents of AJK as well as overseas Kashmiris willing to declare all of their undisclosed assets and pay their due taxes.

He said that in response to the demand of the masses and to facilitate the business community across AJK, including the chambers of commerce and industries, the government was moved with the recommendation in extension of the assets declaration deadline.

It was also done to attract maximum participation in the scheme and to ensure maximum number of deposits of levies/taxes in the public exchequer of Azad Jammu & Kashmir.

The tax official urged the AJK residents and expatriates to avail this golden opportunities by declaring their hidden assets without any fine or extra charges.

He further stated that all the concerned offices of the Inland Revenue Department in all AJK districts have been served with special directives to ensure that the amnesty scheme remains beneficial for the masses in all respects.