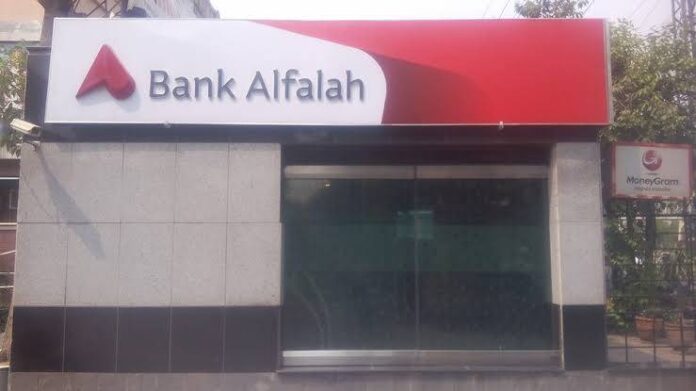 The Board of Directors of Bank Alfalah Limited, in its meeting held recently in Abu Dhabi, approved the bank’s unaudited interim financial statements for the half-year ended June 30, 2019.

The bank’s pre-tax profits grew by 14pc from a year ago, helped by higher interest rates and better volumes. It declared an interim cash dividend of Rs2.0 per share for the year’s first half.

Administrative expenses increased by 16pc against the previous reporting period. Main factors behind this were deposit protection insurance which is a new levy, annual increments, customer promotion costs, compliance cost such as biometric verification, inflationary adjustments and PKR devaluation.

Despite an increase in costs in actual terms, the cost-to-income ratio improved from 56pc to 52pc.

The bank continued its focus on increasing no-cost deposits and with 16.9pc growth in non-remunerative current deposits, CASA mix improved to 82.6pc as on June 30, 2019.

The bank’s gross advances were reported at Rs511.097 billion. At the quarter-end, gross advances to deposits ratio stood at 69pc and remains a leading indicator for the bank in the industry.

At the close of the first half, the bank remained adequately capitalized with CAR at 16.84pc.

Commenting on the bank’s performance over the quarter, Bank Alfalah CEO Nauman Ansari said, “Investment in our digital and payments capabilities is a key pillar of our strategy. It will provide our clients with innovative solutions that will facilitate convenience and more personalized experience.

“Secondly, we are committed to becoming an employer of choice by investing in and enriching the employee experience which will positively impact both our productivity and our customer experience.”