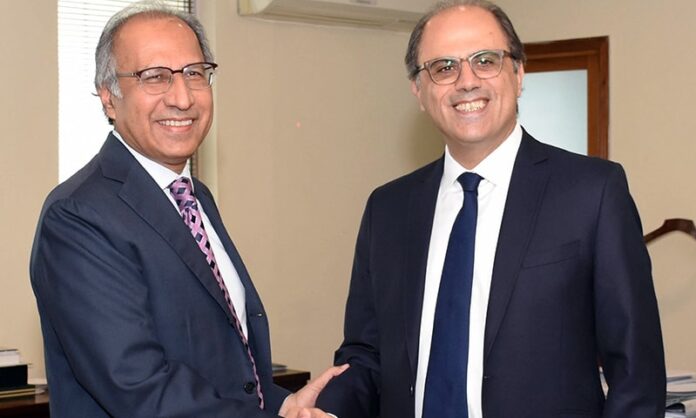 “Our team will make the first review of Pakistan’s economy in the last week of next month (October). Before that, we cannot make any conclusion on the progress of loan programme. However, it is a good start to the programme and we are happy with the three-month performance of Pakistan,” Azour, who arrived in Islamabad on Tuesday along with an eight-member delegation for talks with top government functionaries, said while addressing a press conference.

The visit was being described as “routine” by both sides. A finance ministry representative said the delegation, headed by Azour and Mission Chief to Pakistan Ernesto Ramirez-Rigo, was here “to review the programme as per schedule.”

Azour said on Tuesday that he had earlier planned to visit Pakistan in July this year, but the trip got delayed as the prime minister was away (to the US). “So we are here now and we have met with the PM and we are happy to hear the reform agenda of the present government.”

Jihad Azour said that there was no need to make changes in the targets on the back of poor performances in the last year. The $6 billion IMF loan programme had been structured by the Pakistani government itself and its targets cannot be revised after the lapse of a mere three months, he maintained.

The IMF director noted that the government was making efforts to control the economic imbalances and that the PM had assured him of complete implementation of the reform agenda.

“With successful implementation of the plan, economic stability will surely come to Pakistan,” he remarked.

The IMF director praised the performance of FBR, saying that revenue growth, especially on the domestic front, was very impressive. “It is a good sign to have 30pc increase in tax revenue.”

In the backdrop of the recent attacks in Saudi Arabia on Aramco’s oil facilities, Azour said that “an uncertain future lies ahead for countries importing oil. Such countries need to reduce their reliance on oil for the production of energy.”

He said that Pakistan’s energy sector needs a complete revamp and stressed on the need to curtail the circular debt in the sector.

To a question, the IMF director said that it was unreasonable to compare Egypt and Pakistan, “which are two completely different countries and economies”.

The finance adviser on the occasion said that the government was taking all necessary steps to meet the targets of the programme. He said that institutional reforms were also being introduced to support these efforts.

“The first two months have seen an improvement in interest rates and exchange rates,” Shaikh noted.