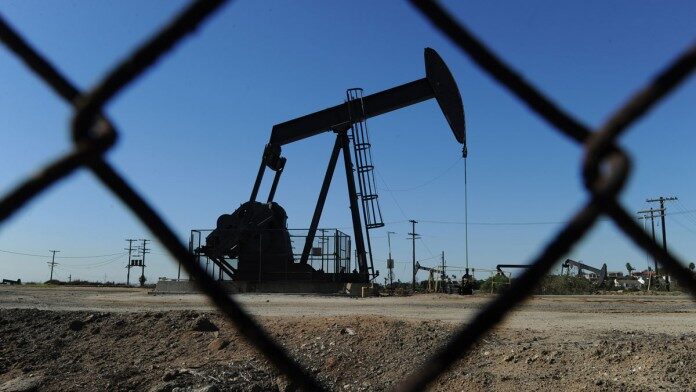 LONDON: Oil prices sank five per cent on Tuesday, reversing some of the previous day’s gains as analysts said they were expecting Saudi output to recover sooner than expected after weekend drone attacks.

At around 1400 GMT, North Sea Brent crude oil for delivery in November was trading at $65.35 in London, a drop of 5.35pc compared to Monday’s close.

The market was already trading in negative territory after the previous day’s record gains that were fuelled by attacks on Saudi facilities which wiped out half the kingdom’s crude output.

“The markets were once again wrong-footed by the Saudi news,” said Forex.com analyst Fawad Razaqzada in reaction to Tuesday afternoon’s price drop.

“This time prices slumped on reports of sooner-than-expected return for oil production after the attacks.

“Although little details have emerged, speculators are evidently happy to sell now and ask questions later. And who would blame them after that big (price) gap?”

The spike in the oil price had stoked fears that costlier energy and geopolitical instability could weigh on an already slowing global economy, but a quick recovery in Saudi exports and a return to earlier price levels would alleviate those concerns.

Traders were meanwhile nervously awaiting a further response from the United States after it said Iran was likely to blame.

The crisis revived fears of a conflict in the tinderbox Gulf region and raised questions about the security of crude fields in the world’s top exporter Saudi Arabia as well as other producers.

US President Donald Trump has said he is ready to help Riyadh following the strikes, but would await a “definitive” determination on who was responsible.

Iran-backed Huthi rebels in Yemen claimed responsibility, but Washington and Riyadh have pointed the finger at Tehran, which denies the accusations.