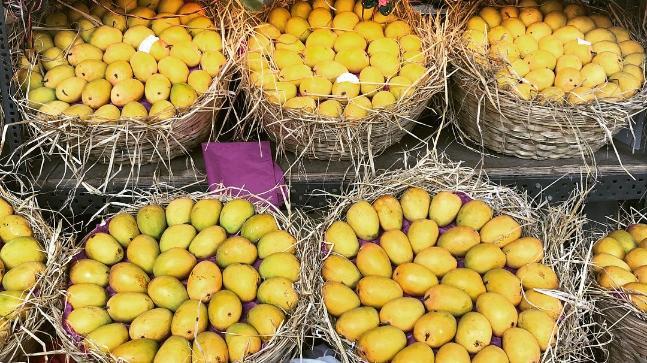 ISLAMABAD: Pakistan has exported over 115,000 metric tonnes of mangoes so far this season, earning over $80 million in foreign exchange in the process.

According to figures shared by All Pakistan Fruit & Vegetable Exporters, Importers & Merchants Association (PFVA), this is the first time in four years that the country’s mango export target of 100,000 metric tonnes has been met.

“The export of mango will continue till mid of October and we expect the total export volume to exceed the 130,000-tonne mark,” mango exporters said.

According to PFVA Patron-in-Chief Waheed Ahmed, Pakistani mango managed to get a better price in the international market due to its high standard coupled with an aggressive marketing strategy.

“Valuable foreign exchange worth $80 million has been generated so far through the export of mangoes. Compared to the last year, there has been a substantial increase both in volume and revenue this year. The production of mango was 1.3 million tonnes and export volume stood at 85,000 tonnes last year, while the production of mango during the current year was 1.5 million tonnes,” he informed.

Apart from marketing, Waheed said, one of the key factors attributing an increase in mango exports is the duration of mango season which spans from June through September. This duration is an off-season period in various mango-producing countries of the world, providing an added advantage to the Pakistani mango, he added.

He said despite climatic challenges, the price of mango remained stable at Rs75 – Rs85 per kg on farm level while the exporters & management of PFVA kept their attention well focused on the quality of mango & packaging standards.

The export of mango has also enhanced due to the extra attention paid to the conventional markets of UAE, Iran & Afghanistan, Europe and the UK.

According to horticulture exporters, the production of mango is being multiplied because farmers are developing mango orchards as per international standards, besides adopting modern techniques to produce high-quality mangoes.

They said the chances of mango production in Khyber Pakhtunkwa have also been enhanced and in the next five years, Pakistan would witness an exorbitant production from the province.

In order to take advantage of these opportunities, they said, it is imperative for the government to organise mango promotion events. It is also important to pay more attention to the promising markets of Japan, USA, South Korea and China, as export to such countries would significantly enhance the quality of local produce, they added.

The exporters noted that the export mango from the country is around 10-11pc of the total export of the horticulture sector, adding that it could be enhanced to 25pc in next five years with revenue up to $200 million per season.