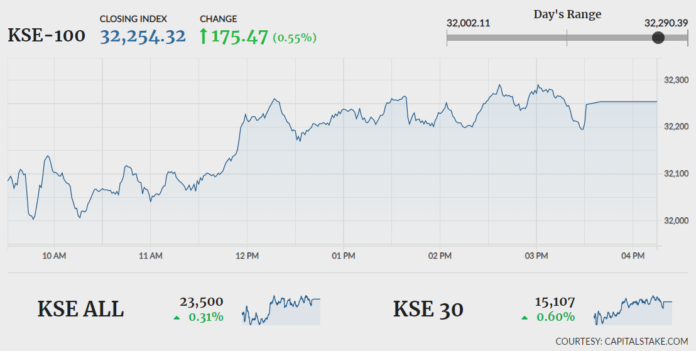 KARACHI: The Pakistan Stock Exchange (PSX) witnessed a positive start to the month, with the KSE-100 Index closing the session on Tuesday in the green zone amid high turnover.

On the economic front, the government on Monday announced its decision to keep prices of petroleum products unchanged for October 2019. Working of the Oil and Gas Regulatory Authority (OGRA) shows that the base price of petrol has come down 3pc to Rs69.78, dealers’ margin in per litre price of petrol has been cut down from Rs9.90 to Rs9.83, while the remaining amount, under the head of additional taxation, has been increased by 6.93pc. Tax constituent in the petrol price now stands at 30pc of Rs113.24 (current rate).

Moreover, as per reports, the government has failed to meet a condition of the International Monetary Fund (IMF) and missed the first-quarter tax target of Rs1.071 trillion by a wide margin of around Rs120 billion. The collection for July-Sept was Rs955 billion (13.5pc higher than the last year).