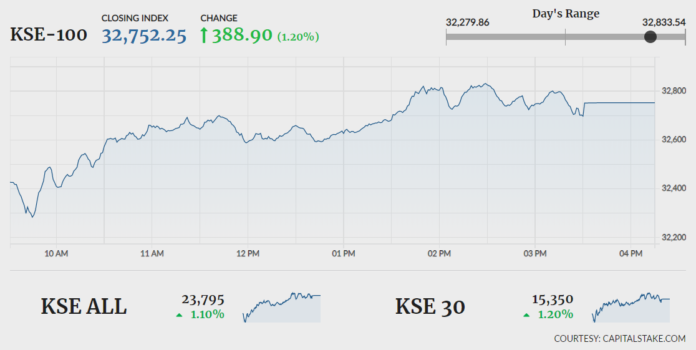 KARACHI: Bulls dominated the Pakistan Stock Exchange (PSX) once again on Thursday, as the indices continued to move in the upward trajectory while volumes inflated to the highest level witnessed this year.

Foreign investors, on the other hand, turned out to be net sellers on Wednesday with a net sale of $1.21 million.

As per media reports, heads of the country’s leading business houses met with Chief of Army Staff Qamar Javed Bajwa to highlight their concerns regarding Pakistan’s economy.

According to the latest figures released by Pakistan Bureau of Statistics (PBS), inflation surged to 11.40pc in September 2019, an increase of 0.9pc when compared with the preceding month.