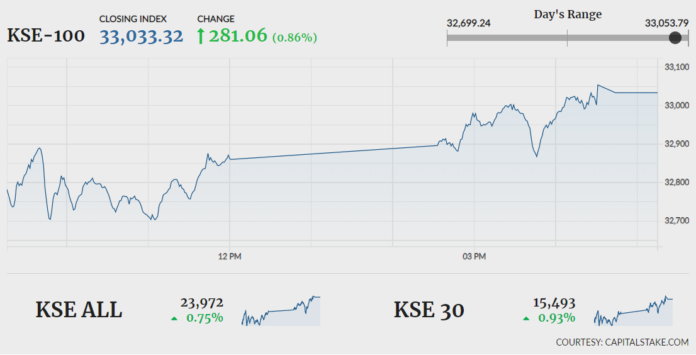 KARACHI: Positive sentiments surrounded the Pakistan Stock Exchange (PSX) once again on Friday, as the indices, despite minor hiccups in the first half of the session, managed to close in the green zone. Foreign investors offloaded shares worth $6.09 million on Thursday.

On the economic front, the government is projected to add Rs19.3 trillion to its public debt in the next five years, which is equal to 80pc of the debt gathered in the past 71 years. Public debt is estimated to rise to Rs35.2 trillion (up Rs4.2 trillion) by end of the current fiscal year, of which Rs3.2 trillion increase is attributed to the budget deficit while the remaining Rs1.1 trillion or 26pc due to currency devaluation.