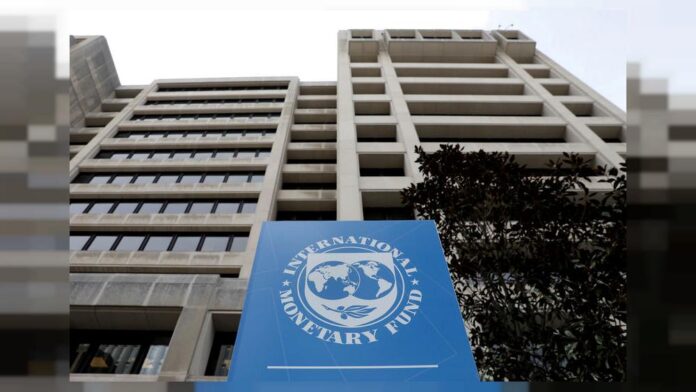 The International Monetary Fund (IMF) on Wednesday has said Pakistan’s public debt may rise this year to 78.6pc of the total size of its economy, which is not only higher than the previous year but also in violation of an act of the parliament, a private media outlet reported.

The Global Financial Stability Report further said the budget deficit gap between expenditures and revenues would remain at 7.4pc of the Gross Domestic Product (GDP), which is also slightly higher than the official target set by the Ministry of Finance.

The higher budget deficit and public debt projections would mean that over 60pc of the Federal Board of Revenue’s (FBR) taxes would be consumed in servicing the debt, which grew at an alarming rate in the last fiscal year 2018-19.

Against 76.7pc public debt in the last fiscal year, the public debt may surge to 78.6pc of the GDP by end of current fiscal year 2019-20. The projected level of public debt was slightly higher than the target set by the Ministry of Finance at the time of the budget. The 78.6pc public debt will be equal to Rs34.6 trillion.

According to the Fiscal Responsibility and Debt Limitation Act of 2005, the public debt has to be lower than 60pc of the GDP or Rs26.4 trillion. This means, the public debt will be at least Rs8.2 trillion higher than the limit set in the FRDL Act.

The IMF debt projections are lower than the forecasts given by the World Bank (WB) in its latest report, South Asian Economic Focus Fall 2019. The WB has said the public debt-to-GDP ratio is expected to remain high at 82.9pc of the GDP in this fiscal year.

The WB report noted that even in the next fiscal year, the public debt to GDP ratio would remain at 80.8pc, increasing Pakistan’s exposure to debt-related shocks. The key reasons behind growing public debt were low revenues, higher debt and defence spending and currency devaluation.

The Global Financial Stability Report projected the budget deficit at 7.4pc of the GDP, which is 0.2pc higher than the Ministry of Finance target. But the IMF report showed that the government will achieve its target of primary deficit reduction – total expenditures minus interest payments.

The report has shown the primary deficit at 0.5pc of the GDP at the end of this fiscal year.