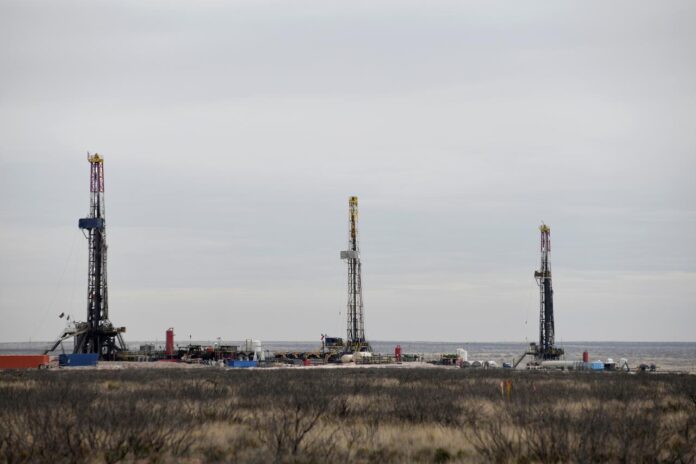 LONDON: Oil prices crept upwards on Monday, with Brent reaching its highest in more than a month after the previous day’s boost from growing expectations of a US-China trade deal and Iran flagging OPEC discussions of a deeper output cut next month.

Brent crude futures for January rose $0.8 to $62.49 a barrel by 1203 GMT, erasing earlier losses and reaching peaks last seen on September 27. December US crude futures also swung back into positive territory, up $0.64 at $56.84 a barrel.

Chinese President Xi Jinping and US President Donald Trump have been in continuous touch through “various means”, China said on Monday, when asked when and where the two leaders might meet to sign a trade deal.

On Friday, prices jumped by about $2 a barrel after US officials said a deal could be signed this month.

“For all of Friday’s feel-good factor, there is no guarantee that they will put pen to paper before the end of the year. This could be problematic, given that US tariffs planned for December 15 remain on the table,” PVM analysts said in a note.

Capping gains, euro zone factory activity contracted sharply last month as demand was dented by the trade war and continued lack of clarity over Britain’s departure from the European Union, a survey showed.

In an effort to prop up oil prices, production cuts by the Organisation of the Petroleum Exporting Countries (OPEC), Russia and other producers since January have reduced oil output by 1.2 million barrels per day.

Yet Russia again fell short of its obligations under the pact, energy ministry data showed on Saturday.

OPEC’s output recovered in October from an eight-year low after a rapid rebound in Saudi Arabia’s production from attacks on its oil infrastructure in September, offsetting losses in Ecuador and voluntary cuts under the pact.

On Monday, however, Iranian Oil Minister Bijan Zanganeh was quoted as saying that he expects further production cuts to be agreed at the next meeting of OPEC in December.

Saudi Aramco finally kick-started its initial public offering on Sunday but valuations vary by more than $1 trillion, according to fund managers.