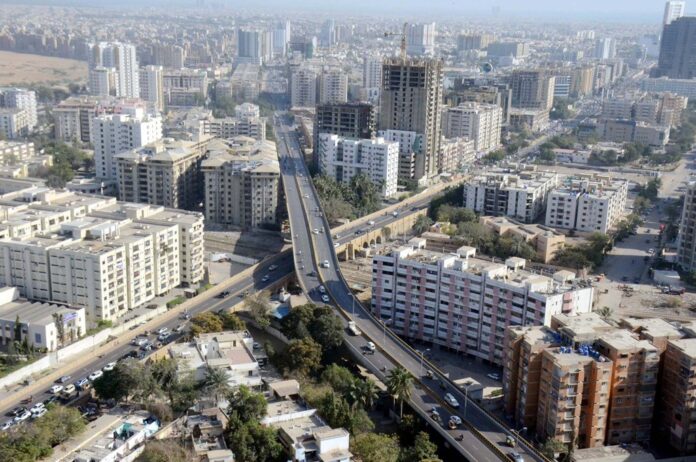 KARACHI: Association of Builders and Developers of Pakistan (ABAD) Chairman Mohsin Sheikhani has claimed that at least one million lives are at risk due to illegal and substandard constructions in the biggest city of the country.

“The difference between a building constructed by an ABAD member and others is that our member must get 18 NOCs before starting a project but others don’t follow the SOPs of the industry. These unscrupulous elements construct buildings in contravention of rules and regulations of the Sindh Building Control Authority (SBCA) ironically with the connivance of the corrupt officials of SBCA,” Skeikhani told Pakistan Today.

He said that such constructions have been taking place throughout the city but Jamshed Town, Liaquatabad and Gulberg are some areas where such ‘dangerous’ buildings were being constructed in abundance.

Sheikhani said that certain SOPs must be followed while constructing buildings that have multiple units – several families living in a building.

“There are six-floor buildings without a lift, so what would happen in case of an emergency? Moreover, these builders don’t test soil and ground before constructing a building, which means that they don’t pay heed to the fact that a building must be built to withheld a natural disaster – an earthquake of 6.5 Richter Scale Magnitude.

“Earthquakes of 6.0 Magnitude are expected, so buildings must be made to survive 6.5 magnitude earthquakes, which is the required standard. If the criterion is not followed, then certainly people living in those buildings are at high risk of not only losing their homes but also their precious lives,” he explained.

In the letters sent to the top government officials, ABAD has pointed out towards massive illegal and substandard construction activities in Karachi due to non-compliance of Sindh Building Control Ordinance (SBCO) 1979, endangering lives of hundred thousands of city dwellers in case of any natural calamity.

Sheikhani claimed in the ABAD letter that all such unapproved illegal buildings could collapse any time. He said that SBCO was a very important law, the purpose of which was to regulate building construction and make SBCA officials accountable. “But unfortunately, it is not being implemented in letter and in spirit.”

Sheikhani said that section 4 of SBCO 1979 is regarding the appointment of an expert as the head of SBCA and the government should appoint a person from the private sector to ensure better results.

He also gave the example of the Lahore Development Authority where vice-chairman is appointed from the private sector.