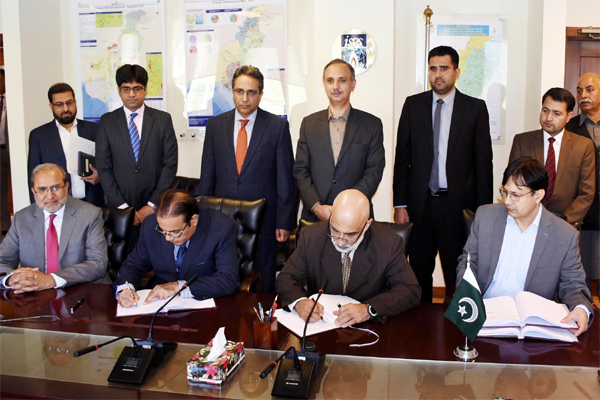 ISLAMABAD: The government on Monday signed Petroleum Concession Agreements (PCAs) and Exploration Licences (ELs) for four blocks as part of its strategy to step up oil and gas exploration activities in potential areas aimed at meeting the country’s energy needs indigenously.

The minimum firm work commitment for these blocks had been worked out at $44.1 million for a three year period. Under the agreements, the companies are bound to spend a mininum of $30,000 annually in each block on socio-economic welfare activities. The annual contribution towards such schemes for these four blocks would, thus, stand at $120,000.

Speaking on the occasion, Minister of Energy (Petroleum Division) Omar Ayub Khan welcomed the execution of the PCAs and ELs, terming them an important step towards incremental investments in Pakistan’s energy sector. “It will help in expanding the area of operations in far flung areas of the country; contribute to the socio-economic uplift of these areas and hopefully increase sources of indigenous energy production.”