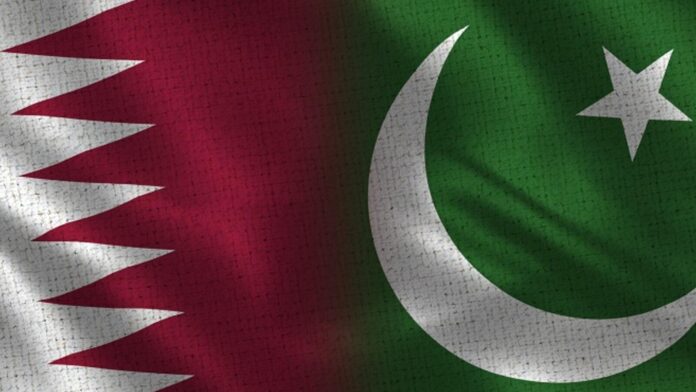 The growth in bilateral trade was acknowledged during a recent meeting between Special Assistant to Prime Minister (SAPM) on Overseas Pakistanis and Human Resource Development (OPHRD) Sayed Zulfikar Bukhari and Qatar Chamber’s Second Vice-Chairman Rashid bin Hammad Al-Athba in Doha, according to a press statement issued on Thursday.

During the meeting, both sides discussed trade and economic relations between the two countries and contemplated ways to facilitate Pakistani labourers working in Qatar.

Al-Athba noted that Pakistan was among Qatar’s important trade partners, saying that the 63pc growth in bilateral trade shows Qatar’s willingness to extend all possible support to Pakistan in the field of trade and economics.

He assured that concrete efforts would be made to protect the rights of workers and underlined the need to import skilled and qualified manpower from Pakistan, especially for FIFA 2022 event.

The SAPM also discussed the possibility of establishing Qatar Visa Centres in Lahore and Peshawar in order to enhance people-to-people contacts.

Zulfikar Bukhari is currently on a three-day tour to Doha, Qatar, where he is meeting with Qatari officials to promote tourism and investment in Pakistan, besides discussing labour-related issues.