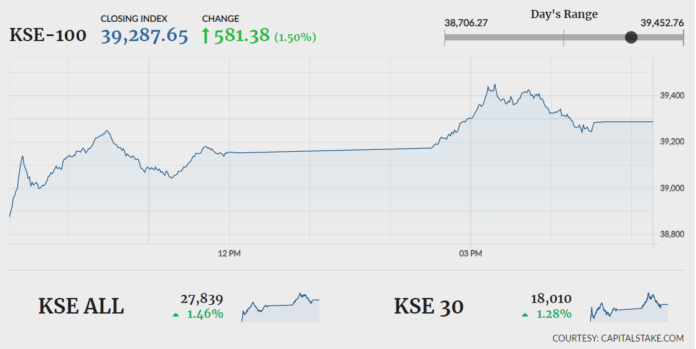 KARACHI: Stocks continued with the positive momentum on Friday, as the indices drove north right from the beginning, helping the benchmark KSE-100 Index cruise past the 39,000-mark.

Foreign investors offloaded stocks for the fifth consecutive session on Thursday. A net outflow of $0.833 million was recorded.

On the economic front, foreign exchange reserves held by the central bank rose 2.84pc on a weekly basis, as per the data released by the State Bank of Pakistan. On November 22, the foreign currency reserves held by the SBP were recorded at $8,682.3 million, up $240 million compared with $8,442.1 million in the previous week. The central bank attributed the increase to official inflows.