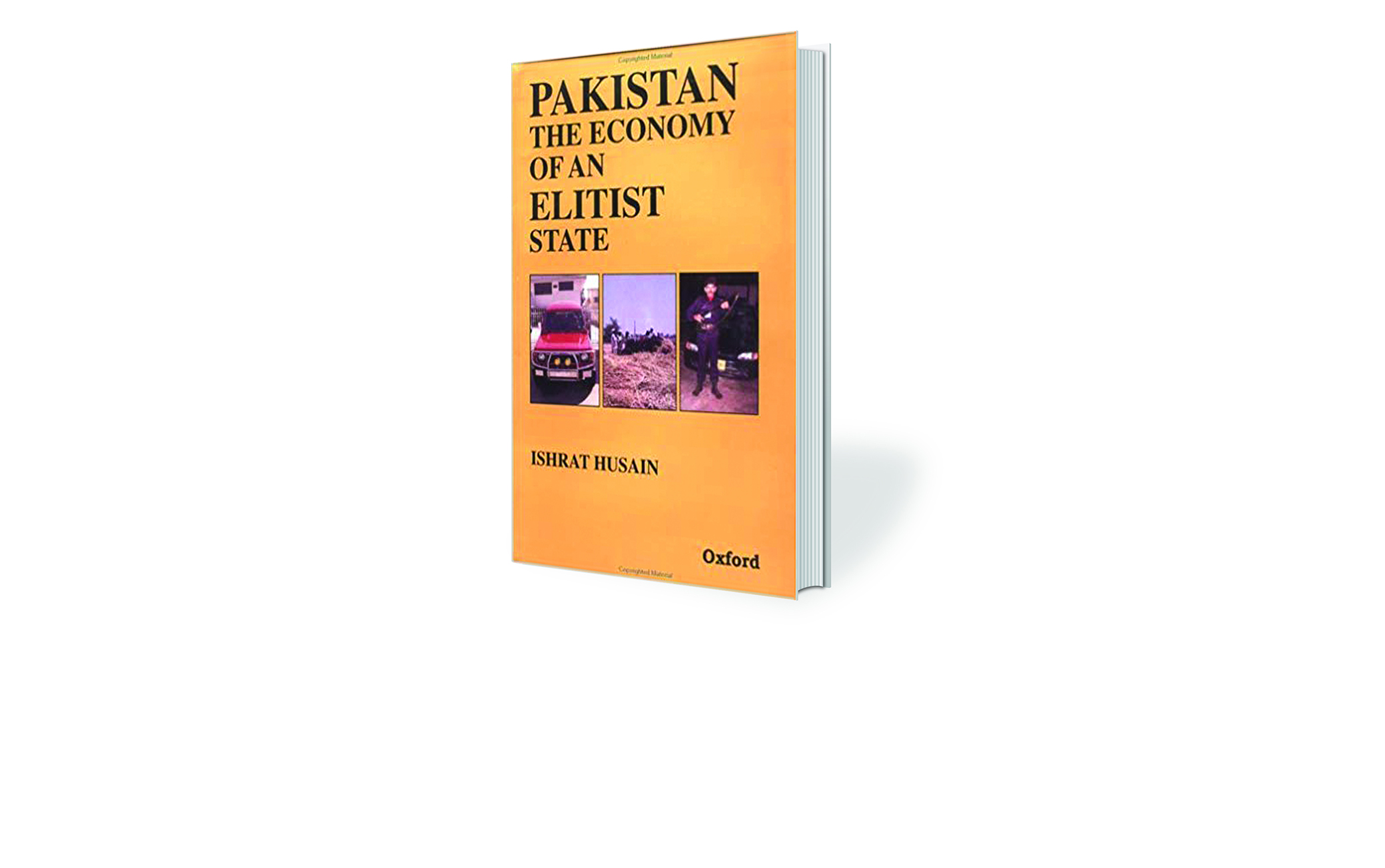 In 1999, Dr Ishrat Hussain was nearing the end of a two decade career working for the World Bank. Already having made quite a name for himself as a not just a talking head, but a serious, sober, economist that spent time thinking about bigger picture issues, he embarked on a mission to examine a major gap in Pakistan’s economic history.

There was much very readily data available on GDPs, and growth rates, and all manners of indicators and calculations regarding how Pakistan’s economy had been doing in a post-colonial world. In fact, not only did this data already exist, there was also an entire host of newly minted Asian and African states experimenting in the aftermath of the litany of independence gained after the horrors of the second world war.

There were also numerous, ponderous, rigorous, and boring analyses of all these numbers and graphs available. What they would tell you could be starkly different, because Pakistan has somehow had both surprisingly good and abysmally regressive numbers in terms of economic progress.

This was the gap for Dr Ishrat Hussain. How do you explain these paradoxical numbers? For him, the answer lay in looking towards socio-political factors. What was the reason that despite an impressive rate of growth, very few people actually felt any of the benefits from this growth, as indicated by factors such as quality of life and low individual growth rate.

The mind automatically wanders towards the idea of income inequality, and the solutions venture towards ideologies that come with their own baggage. Most economists would either stay away from such ideas like the plague or back them just for the sake of it. But what all economists would do is stay away from analysing the political economy – meaning they would want to stay away from diluting their economic analysis with unscientific factors.

In America, Economics is making a rapid progression towards being considered a STEM discipline. Economists take great pride in producing largely theoretical works rather than politically, socially or ideologically driven ones. And in an increasingly data oriented world, this kind of research has become more desirable. But what theoretical analyses do have in terms of singularities, they lack in terms of practical application.

How can you think of decoding the economy of a state like Pakistan without considering the modalities of space and power? How can you hope to imagine the circumstances that have led us here, without looking towards the implications of post-colonial narratives, religion, culture and new media? Things are never so black and white, and with Pakistan, they are an entire spectrum of colours.

So even though he is a very serious economist, holding a Master’s in Developmental Economics from Williams College and a PhD in Economics from Boston University, he knew that he would have to get his hands dirty in the world of political science and public policy to find these missing links, and answer the burning questions that held him and the entire nation captive.

What followed was a class history of the Pakistani economy, using theoretical frameworks provided by gigantic scholars such as Hamza Alvi, and the result was Dr Hussain’s 1999 work, ‘Pakistan The Economy of an Elitist State.’ The title pretty much says it all, but the deconstruction of socio-political factors that goes down in the book was an impressive one.

Since the publication of that book, Dr Hussain has gone on to serve in high office in the past twenty years, observing at close quarters the progress of the Pakistani economy in the 21st century. His ringside seats have included stints as Governor of the State Bank of Pakistan, and as part of the government’s economic management team. He also had a view from the cheap seats, working as an independent researcher during his time as Dean of the Institute of Business Administration (IBA) in Karachi. He was also employed by American think tanks and spent much time looking at, observing and analysing trends in the Pakistani economy. The final frontier was his induction in the federal cabinet last year, where he still serves as Adviser to the Prime Minister on Institutional Reforms and Austerity. 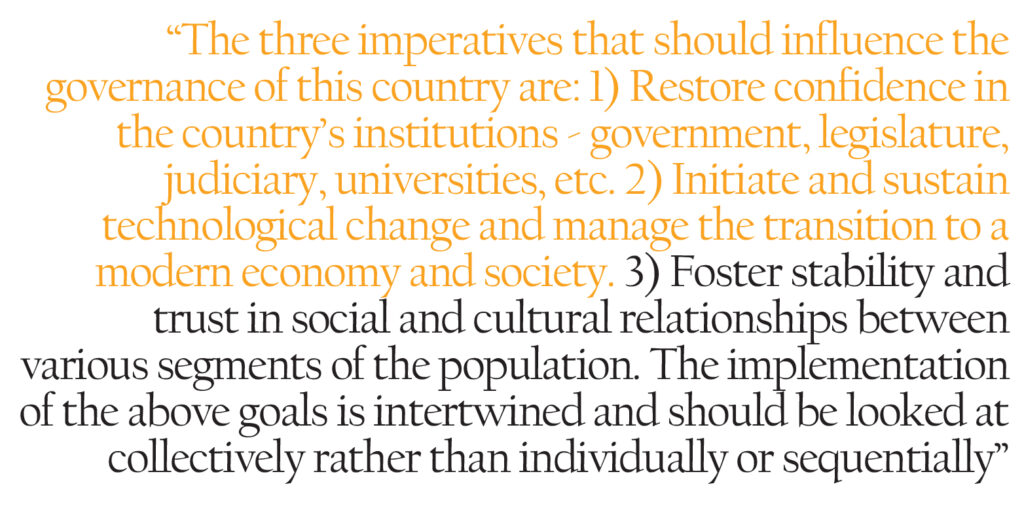 With another two decades of diverse experience under his belt, Dr Ishrat Hussain has now come out with a second edition of his 1999 book, ‘Pakistan The Economy of an Elitist State.’ While it has been published by Oxford as a Second Edition, it is more like a second volume. For anyone that has read a copy of the 1999 edition, this is not a textbook, and is not being published with minute additions. In fact, it takes a close look at how the Elitist Economy has continued to thrive in the 21st century, with a telling chapter on the period from 2000-18 that is truly the crux of the problem.

In the original edition, one could point towards political turmoil, military dictatorship, and international instability as factors contributing to a necessary upholding of the didactic structures of power that were behind this titular Elitist Economy. With the past 20 years up to offer on the table for dissection, one can see clearly that there is more to this hold than necessity or unexpected situations.

This is not to say that Pakistan in the 21st century has not had military dictators of political instability, but it has had a more holistic set of experiences as a State, including successful democratic transfers of power. And with a military dictator and three different political parties taking on the task of reforming the Elitist Economy, there is concrete evidence that it has a mighty grip that will be incredibly difficult for Pakistan to wrench itself free from.

Another interesting factor of this book is Dr Ishrat’s own current position. While he supports at length the current, ‘practical’ measures being undertaken by the government, as he must considering he is part of the cabinet, the new additions in the book are not simply a defence of the current government. In fact, if one feels that the writer is doing this, they must not be considered anything more than his honest, professional opinions – something he has been providing his entire life as a seasoned economist, honestly to the best of his abilities.

This is true even more so because the book is to some extent also an indictment of the current government, in so much that it is an indictment of all governments that have come and gone. All the people that have upheld the structures of power, that have inflicted the violence of class divisions and the tyranny of influence on the millions of people inhabiting the space bordered by this state – an elitist state, with an Elitist Economy.

At the core of it is the original problem that has always plagued the country: delaying things. The great playwright and wit, Oscar Wilde, was in debt and broke at the end of his life. As he lay dying at a friend’s house, sipping on champagne, he said his haunting last words, “alas, I am dying beyond my means.” Pakistan has been living beyond its means for the past two decades according to Dr Ishrat Hussain, one only hopes that it is not dying beyond them also.