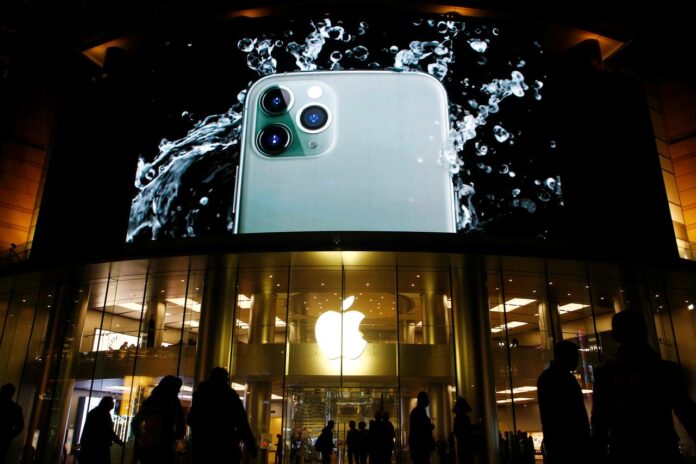 Shares of the company fell more than 1pc to 267.67 in early trading.

The latest iPhone 11 range hit stores in China in September, with short queues of die-hard fans contrasting with the hundreds who camped out ahead of some previous launches.

Cabral also wrote that Apple would have a tough time pushing through tariff-related price increases to US consumer if the 15pc tariffs on billions in Chinese-made consumer goods come into effect on Dec 15.

Apple has asked the Trump administration to waive levies on China-made Apple Watches, iPhone components and other consumer products. President Donald Trump said last month he was considering the request.

Apple’s market share in China slipped to 5pc from 7pc in the third quarter, while Huawei Technologies Co Ltd captured a record 42pc of China’s smartphone market in the same period, according to a report by market research firm Canalys released in October.