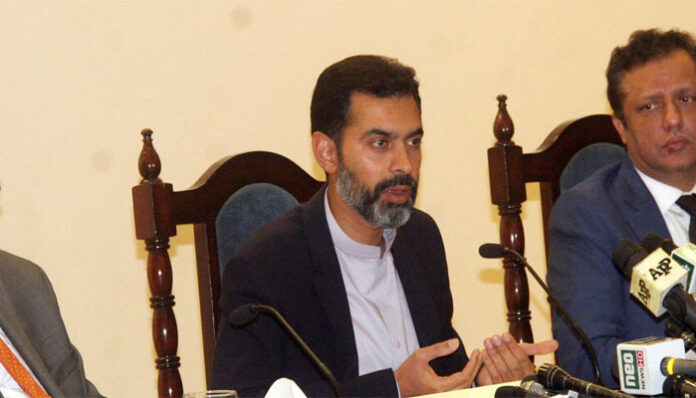 KARACHI: The government is on track to fulfilling all necessary conditions of the Financial Action Task Force (FATF), State Bank of Pakistan Governor Dr Reza Baqir said on Saturday.

He was speaking at the Financial Crime Summit, a conference organised in Karachi to discuss the way forward for Pakistan post-FATF.

The governor sounded cautiously optimistic, saying foreign investors’ confidence has been restored following government reforms. “Both the FATF and the IMF have been happy with the reforms Pakistan is implementing.”

Dr Baqir noted that the country’s foreign exchange reserves have improved and that the people are moving towards savings.

He said the exchange rate is showing signs of recovery due to the corrective measures taken by the government. “As soon as economic conditions improve, the restrictions will ease,” he added.

The speakers and panellists on the occasion discussed some of the challenges pertaining to financial crime.

They believed that most of those challenges come from implementing the Anti-Money Laundering (AML) regulations and creating a cultural change in organizations to actually abide by the restrictions imposed.

On a slightly less positive note, Khalida Habib, the executive director of the Securities and Exchange Commission (SECP), said the FATF situation was ‘quite grave’, and that the sensitisation of the banking sector is critical at this stage.

She talked about the problems of terror financing in Pakistan, pointing to the challenge of securing nearly 6-8 official border crossing between Pakistan and Afghanistan. She also shed light on the cultural difficulties in tracking financial crime, saying that charity in Pakistan is often misused for terror financing.

“It is also hard to track Designated Non-Financial Business or Professions (DNFBPs), which includes real estate, law and accounting firms,” she said. “A supervisory framework for those industries should be proposed in order to start creating a culture of compliance.”

HBL COO Sagheer Mufti spoke at length about trying to create a cultural overhaul within HBL, saying that compliance is not just the responsibility of the government. He also said that HBL initiated its upgrades in 2018 and has made significant progress to date.

There was also a presentation about AML regulations globally, led by Liviu Chirita, from PricewaterhouseCoopers Czech Republic. AML transaction monitoring is difficult around the world, Chirita said, and requires considerable resources, is costly to implement, and there is very limited flexibility.

Separately, the use of technology in helping monitor crime was also debated by some panellists. While some argued that artificial intelligence and fintech were key to spurring change in an industry, and would prove beneficial, others said they were buzzwords.

Khalid Bhatti, the head of the AML division at the SBP, said that while the regulator will be open to new technology, institutions should also cultivate their own resources.

Salman Akhtar, the CEO of Techlogix, said that the technology is not a silver bullet and that having people process technology is still critical.