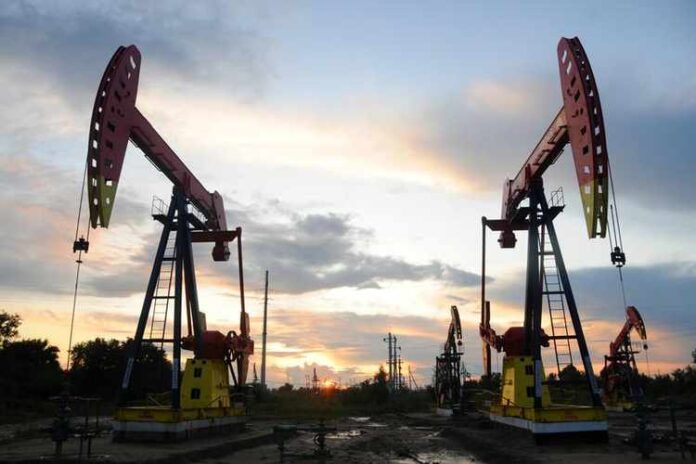 LONDON: Oil rose on Thursday as signs of improving trade relations between Washington and Beijing which eased demand concerns and rising tensions in the Middle East provided support.

The US military carried out airstrikes against Iran-backed Katib Hezbollah militia group over the weekend. Angry at the airstrikes, protesters stormed the US Embassy in Baghdad on Wednesday, although they withdrew after the United States deployed extra troops.

“We do not see a threat to Iraq’s crude supply at the moment, other than a small wind down over the first few months of 2020 in line with its OPEC cut agreements,” consultancy JBC Energy said.

Oil was also boosted by optimism that trade talks between the world’s two largest economies will support demand.

US President Donald Trump said on Tuesday the US-China Phase 1 trade deal would be signed on Jan. 15 at the White House.

“We may need to see that economic optimism turn into better data before we see more substantial gains,” analysts at OANDA said.

January also marks the scheduled start of deeper output cuts by the Organization of the Petroleum Exporting Countries and its partners, including Russia.

A fall in US crude inventories last week also supported prices. US crude stocks fell 7.8 million barrels in the week ended Dec. 27, compared with analysts’ expectations for a decrease of 3.2 million barrels, data from the American Petroleum Institute (API) showed on Tuesday.

Official data from the Energy Information Administration (EIA) is due on Friday having been delayed by two days by the New Year’s holiday.