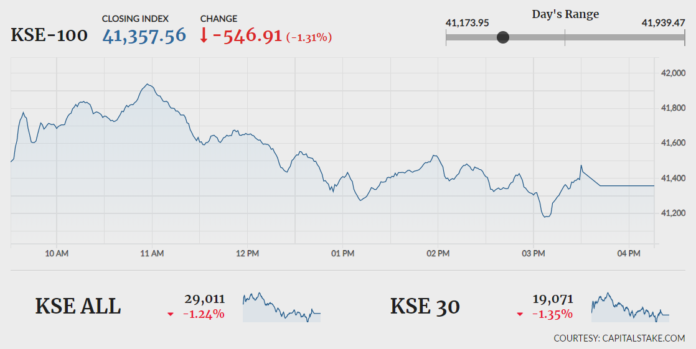 KARACHI: After recovering some losses in the previous session, the Pakistan Stock Exchange (PSX) fell back in the grip of bears as investors took a cautious stance amid geopolitical tensions.

Foreign investors remained net buyers for the second consecutive session on Tuesday, as a net inflow of $3.68 million was recorded with major buying in the cement sector (net inflow of $1.35 million).

Furthermore, Sazgar Engineering Works Limited (SAZEW +0.13pc), in a notification sent to the exchange, disclosed its production and sales data for December 2019. According to the notification, 1,189 units were produced while only 615 units were sold.