Tractor sales drop 40pc in first half of FY20 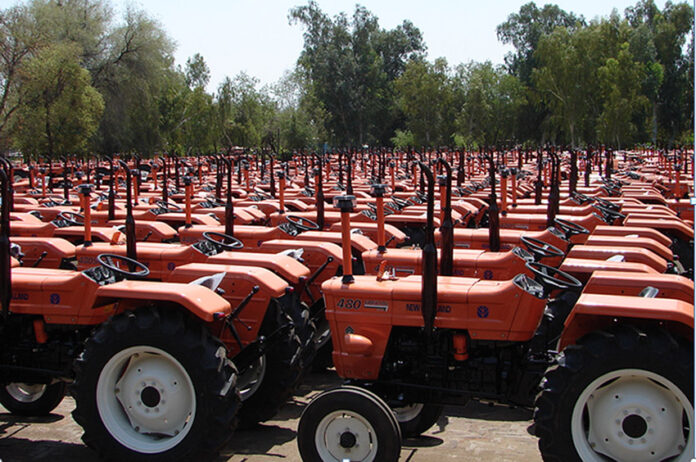 ISLAMABAD: Slowdown in the tractor industry continues as sales declined to just over 15,000 units during the first half of the current fiscal, a significant drop of 40pc when compared with the same period of last fiscal.

According to data released by the Pakistan Automotive Manufacturers Association (PAMA), the tractor sales had already declined from 70,887 units in FY18 to 50,405 units in FY19 while the situation has further worsened in the first six months of FY20.

Hussain said that numerous factors have contributed to the massive slowdown, including the current state of the economy, farmer’s yield and crop prices, inflation and high borrowing rates etc.

“The backbone of the tractor industry is its 200+ vendors who employ over 10,000 skilled and unskilled workforce. In this situation, they are about to collapse owing to either no or extremely low orders from the tractor industry, and we are in no position to provide them with any hope of short-term improvements owing to uncertainties,” he stated.

Therefore, he continued, there was a dire need for the government to take note of the situation and provide some relief and breathing space to the industry for its partial revival.

“But in a situation where the industry’s profitability has shrunk visibly, coupled with the depressed affordability of the farmers (end users), the government in July 2019 introduced an additional sales tax and enhanced customs duty on the imports of CKD components being imported by auto manufacturers, including the tractor assemblers,” Hussain lamented.

He said the government should consider that tractor sales were primarily agro-based and should not be treated or clubbed together with any other segment other than agriculture.