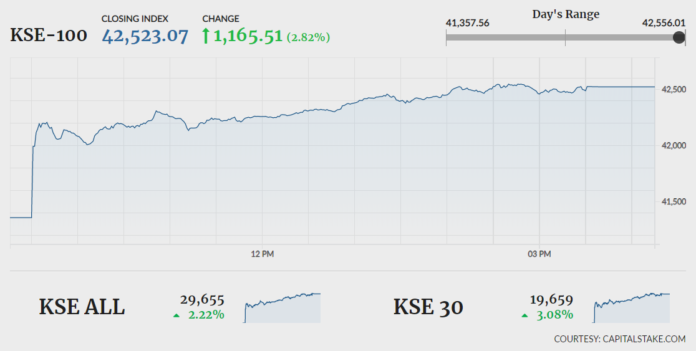 KARACHI: It was a day of relief for investors at the Pakistan Stock Exchange (PSX) as the indices recovered losses accumulated in the previous session, helping the KSE-100 index surge by over 1,100 points.

According to analysts, the market staged a strong rally on Thursday on back of de-escalation in geopolitical tensions, which helped improve investor confidence.

On the economic front, the World Bank, in its recent report, has slightly lowered Pakistan’s growth rate projections for the current fiscal year as well as the next two years owing to the continuation of tight monetary policy, fiscal consolidation and external factors.

“Pakistan’s current year growth rate has been forecasted at 2.4pc, about 0.3pc lower than its estimates of June 2019 — before touching 3pc in the next fiscal year and 3.9pc in FY2022,” the report stated.