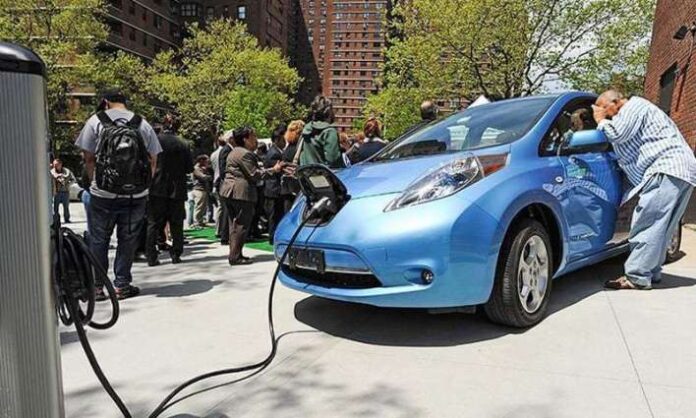 Speaking at a launching ceremony of the country’s first fully three-wheeler electric vehicles, he said the EV policy had been framed in consultation with all stakeholders.

The event, titled ‘Showcasing Pakistan’s First Fully-Electric Three-Wheel Vehicle’ was organized by the Ministry of Climate Change (MoCC) in collaboration with the Board of Investment (BoI) and Sazgar Engineering Works Limited.

Aslam said the EVs would run on 70 per cent less cost compared to its fuel-based counterpart.

From the running cost of electric cars to being very environmental-friendly, introduction of EVs in the country would also help cut country’s oil import bill by around $2 billion annually, yield countless benefits for both environment and the people and their overall lifestyle, the advisor added.

He said the EV policy and economic incentives would also be extended to the auto manufacturing sector to produce electric vehicles locally.

The PM’s advisor further said by adopting EVs, the consumers could save over 30pc cost of vehicle maintenance as those didn’t require engine oil.