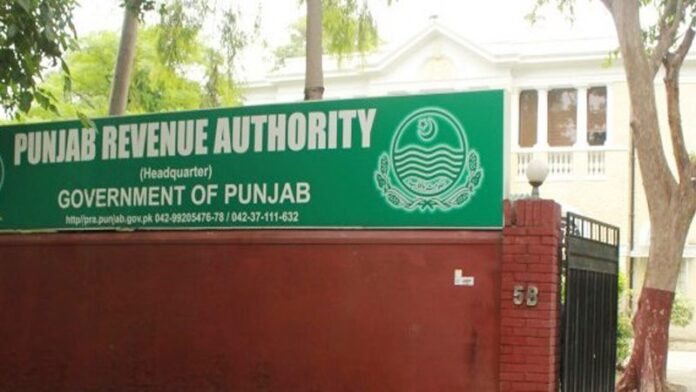 LAHORE: The Punjab Revenue Authority (PRA) has collected Rs53.2 billion during the first six months of the current fiscal (2019-20), posting an increase of 24.26 per cent when compared with the corresponding period of 2018-19.

The authority’s revenue under the telecommunication sector, however, dropped 1pc to Rs5,852 million during July-Dec 2019 from Rs5,900 million collected in the same period of last year.

In the banking and insurance sector, the revenue collection remained at Rs6,323 million during the period under review. An amount of Rs3,758 million was collected from the franchise sector, which was 4pc more than Rs3,611 million collected during July-Dec 2018.

Meanwhile, in the contractual sector, the PRA collected Rs1,998 in July-Dec 2019 as compared to Rs1,558 million last year, posting a 28pc increase.

The authority’s revenue from the courier sector also jumped 28pc, from Rs1,183 million in the first six months of FY19 to Rs1,511 in the corresponding period of FY20.

Similarly, the authority collected Rs1,346 million from the manpower recruitment sector, which was 8pc more than the collection of Rs1,249 last year.

In the construction sector, the authority collected Rs1,278 million in the period under review, compared with the collection of Rs982 million in the same period of FY19, showing an increase of 30pc.

In the IT-enabled services category, the authority collected Rs860 million during the first six months of FY20, whereas it had collected Rs568 million in the same period of last fiscal.

The property developer sector witnessed 4pc increase, as Rs312 million were collected during July-Dec FY20 as compared to Rs299 million collected in the corresponding period of last fiscal year.

PRA Chairman Zainul Abideen said the annual revenue collection target of Rs166 billion would be achieved during the ongoing fiscal year, adding the authority was taking prudent measures to achieve the fiscal target.