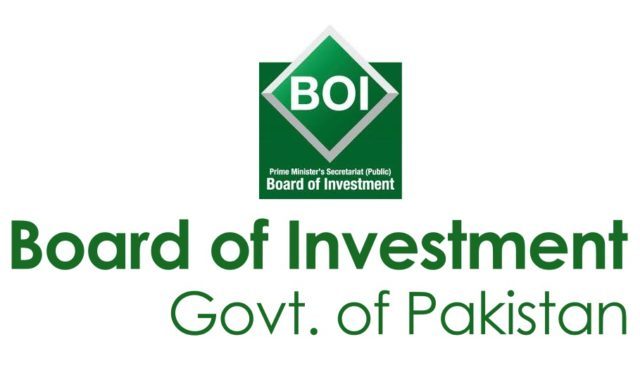 During the meeting, chairman BOI explained the policy of the government for revival of the economy through export-led industrialisation in the country, a press release issued here said.

He said that the reforms already undertaken by the government have contributed towards building the confidence of investors, while business reform drive being led by BOI will be monumental in improving the overall business climate in the country, for local as well as foreign investors.

Zubair Gilani briefed the delegation about some of the initiatives being undertaken by BOI for improving the relationship management with the investors, including the mapping of the businesses, which would enable the organisation to resolve the issues more efficiently and build effective connections for exploiting available opportunities in the country.

While talking about the brotherly relationships between Pakistan and Turkey, the chairman BOI said that the visit of Turkish President Recep Tayyip Erdogan along with a delegation of business leaders from Turkey would revitalise the already existing strong economic and social ties between both countries.

The delegation of the CCI appreciated the efforts of the government for economic revival in the country. They also shared some of the issues being faced in the industry, which Gilani assured to take up to the highest level for a swift resolution.