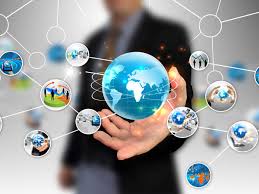 ISLAMABAD: The government has spent around Rs21 billion to provide telecommunication services in un-served and under-served areas under Universal Service Fund (USF) till date.

An official of Ministry of Information Technology said that till date about Rs50 billion was collected from the telecom companies under USF and Rs21.billion had been spent for development of telecom infrastructure and for promotion of services in different under-served areas of the country.

USF was established by the Ministry of Information Technology to spread the benefits of the telecom revolution to all corners of Pakistan.

He said that during 2018-19 about Rs6. 4 billion was collected under USF and Rs6.94 billion had been spent to provide telecom services to remote areas during the same period.

He said that the government through Pakistan Software Export Board (PSEB) was facilitating local companies in the promotion of IT services by way of marketing, subsidiSation etc.

The PSEB had arranged four international and four domestic exhibitions. He said that state functionaries in consulates and embassies had interacted to accord special focus on the promotion of IT exports. The government has exempted information technology and IT-enabled services from income tax on export until June 2025 to bolster their exports.

He said that the IT was emerging as a vital organ of the country’s national economy and the government was taking keen interest to promote this sector.

He said two IT parks were being established in Pakistan with the cooperation of the Korean government. He said work on the first IT Park in Islamabad has already been started whilst the second IT Park would be established in Karachi to further strengthen this sector.