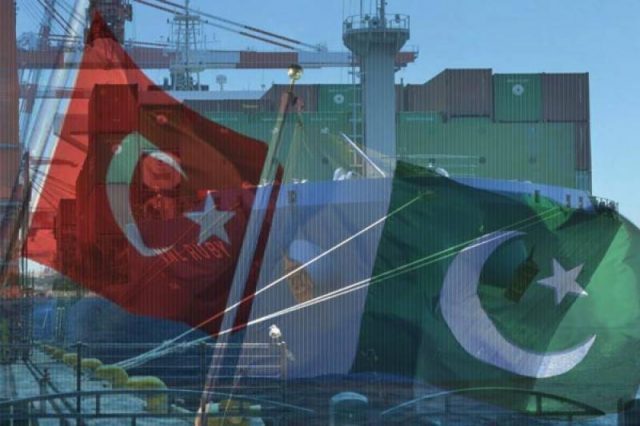 ISLAMABAD: President Islamabad Chamber of Commerce and Industry (ICCI) Muhammad Ahmed Waheed has observed huge trade opportunities after signing of Free Trade Agreement (FTA) between Pakistan and Turkey and said it would also help balance the trade volume between the two sides.

After the recent official visit of Turkish President RecepTayyip Erdogan to Pakistan, he hoped that both the countries evolved consensus for finalising the FTA, which would start a new era of growing trade and economic relations between the two countries.

The president ICCI said the 9th round of negotiation on FTA had completed between the two country and before the 10th round of negotiation, both sides had agreed to formalise a Pakistan-Turkey Strategic Economic Framework (SEF) during Prime Minister Imran Khan’s visit to Turkey in January this year and a committee was also formed to finalize the SEF draft. Now after the approval by the prime minister, the SEF draft was sent to Turkey on February 20 which has now been approved and signed by both of leaders in Turky’s President visit to Pakistan, he said.

Replying to a question, he said that through the SEF, Pakistan would get tariff free access in potential Turkish markets to increase the bilateral trade between the two countries. He informed that two sides had agreed to prepare a “scoping list” to examine their respective sectors of strength, with an ultimate aim to boost the bilateral trade volume.

After signing a new FTA, the two countries would be able to improve their trade balance, he added. He said after the finalisation of FTA, Pakistan would get market space in agriculture and pharmaceutical sectors in Turkey. Replying to another question, he said that Pakistan’s major imports from Turkey included manmade textiles, towels, steel structure, tanning and plastic chemicals, processed milk and whey. Through the FTA, both sides would also enhance the business to business relations and cooperation between the business communities of the two countries.

“We can increase cooperation with Turkish companies and expand it more from textiles to other potential sectors for benefiting from their expertise in different sectors, mainly construction, tourism, engineering, food processing, chemicals, and information technology,” he said. While replying to a question on new potential markets for multilateral trade, he said the government must have to search the new potential markets in different parts of the world to increase trade. He added that the government is already working on different regions including the Association of South East Asian Nations (ASEAN), African region and North and South Americas.

Replying to a question, he said that industrial and investment cooperation was also on the card through the Memorandum of Understanding (MOU) between Board of investment of Turkey and Pakistan for cooperation and facilitation in local Special Economic Zones (SEZs).