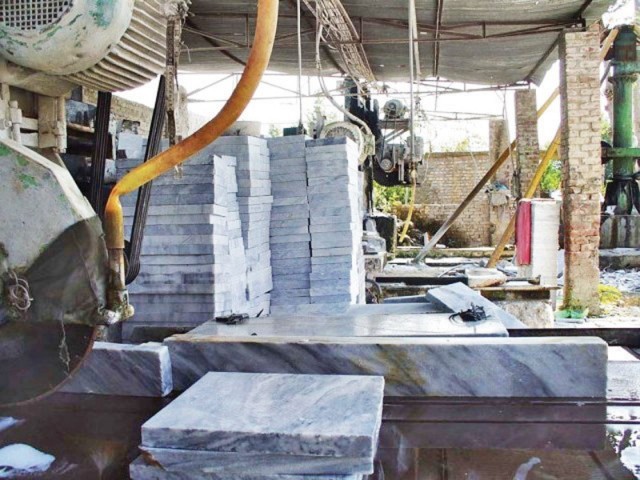 PESHAWAR: The Khyber Pakhtunkhwa government has formulated a 10-year plan to revive nonfunctional industrial units in the province, Pakistan Today has learnt.

According to official data, there are more than 1,286 industrial units in KP of which 300 are not functioning. The closed units include 34 steel manufacturing plants, 26 plastic producers, 16 pharmaceutical factories, 13 textile mills, 13 food factories and 80 marble units.

Talking to Pakistan Today, CM’s Adviser on Industries Abdul Kareem said that new policy aims to revive the 300 closed units phase-wise in the next five years with a Rs500 million investment.

He said that the marble industry is the most affected sector in the province, adding that higher tariff rates for the industrial sector was a major factor for its downfall.

“The KP government is considering lowering the power tariff for the industrial sector to boost its production,” he said.

Kareem said that the Cherat Group had won the bidding of Pahor Hydropower Project which will generate 12 to 18 megawatts of electricity. Electricity from this project will be directly provided to the industrial units instead of routing it through the national grid, he added.

Under the new policy, the government plans to establish 10 new special economic zones in different areas of the province to create new jobs and boost provincial economy. A 14-member committee has been formed for the implementation of the new industrial revival policy, which will start from 2020 and complete in 2030.

Commenting on the issue, Senator Haji Ghulam Ali said that several businesspersons had shifted their factories to Punjab due to lack of facilities in the province. He added that high power rates were a major reason for the migration of businesses from the province.