PSL to cause Rs23bn loss to local traders: LCCI 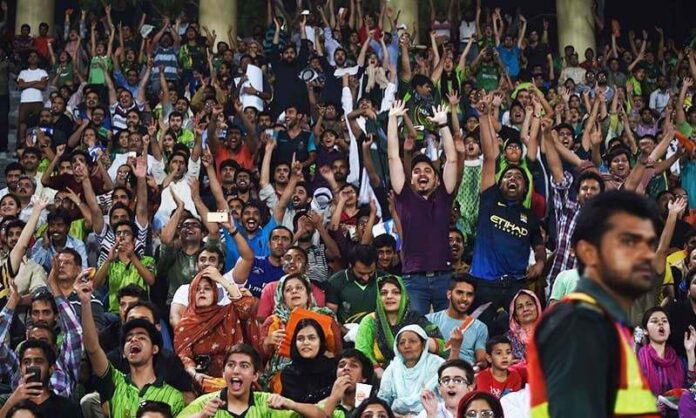 LAHORE: As the Pakistan Cricket Board (PCB) is all set to host Pakistan Super League (PSL) matches in Lahore, traders have said that strict security measures are taken by the government, such as sealing off markets and roads to facilitate the movement of the teams, will cause loss of at least Rs23 billion to local businesses.

Addressing a press conference in LCCI on Tuesday, along with Vice President Mian Zahid Jawaid Ahmad, former presidents Bashir A Baksh and Sohail Lashari, he said, “We are not against cricket matches as these activities are very encouraging and aid in improving the image of our country.”

He said that the closure of the Liberty Market and others in surrounding areas for just one day will cause a loss of Rs23 billion. “We are frequently in the contact with government and we are also putting the proposals to the government to make a long term strategy which can help the business community and locals,” he added.

He said that the revival of sports in Pakistan is ample proof of the reality that Pakistan is a peaceful and safe country.

He said that the LCCI and the business community support efforts of the government aimed at highlighting the soft image of Pakistan’s but it is also important that business activities should not be damaged.

He also said that during the cricket matches in the recent past, Liberty and other markets and restaurants adjacent to Gaddafi Stadium Lahore were closed, which resulted in significant loss of business activities, not only to the traders but to the daily wagers.

He further said that a few PSL matches are scheduled to be held at Gaddafi Stadium during the next month and if the markets will be closed during those matches, the consequences would be worse for the business community as people will face further financial losses.

The LCCI president said that the business community is ready to cooperate with the government to ensure all necessary security measures during these matches, but they also want that the adjacent markets and restaurants should not be forced to remain close because this will create the impression that the security conditions are not normal yet in the country.

“A state-of-the-art luxurious hotel should be built as soon as possible within the premises of Gaddafi Stadium Lahore for the guest Cricket teams because it is the only solution to address all the concerns,” he added.

Sheikh also offered to build a five-star 100-bed hotel for the cricket team in the vicinity of Gaddafi Stadium. “We proposed to the government to establish a separate hotel for the cricket teams in the nearest area to the stadium which can not only serve the security purposes but also give relief to people and if the government allows me then I am ready to construct the hotel,” he added.