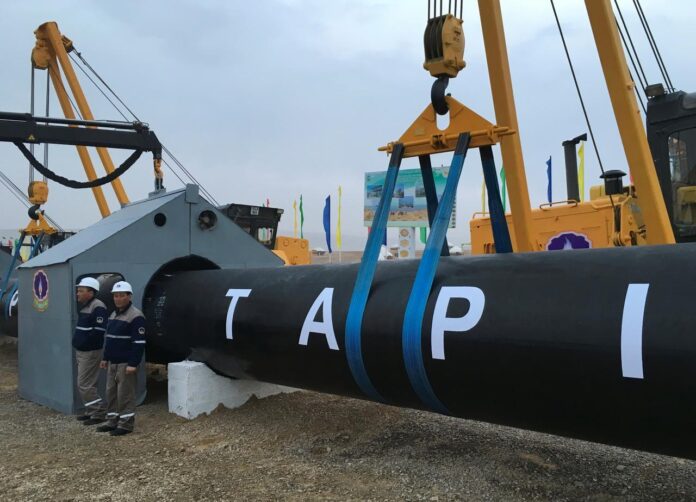 ISLAMABAD: The Supreme Court (SC) was informed on Tuesday that the Turkmenistan–Afghanistan–Pakistan–India (TAPI) gas pipeline project would be completed by 2023.

During the course of proceedings, the court expressed annoyance over lack of assistance by the Finance Division and other departments.

Justice Mansoor Ali Shah asked what was the total cost of the Pakistan-Iran gas pipeline project.

The additional secretary finance said that so far, Rs33 billion had been spent on the project. The North-South project would cost a total of Rs405 billion, he added.

He said that Pakistan would spend around Rs20 billion initially on the North-South project.

Justice Mushir Alam said that if the projects were finished timely, these should be completed within the budget, adding this was tax money and delay would double the cost.

Addressing the attorney general, Justice Mushir Alam said that no department was assisting the court over the matter as a statement of each officer was different from each other.

He said that this was the situation of national projects.

Justice Mansoor Ali Shah said that there seemed to be no end to these projects.

The attorney general requested the court to grant some time as he would review all matters. The TAPI project would be completed in 2023, he added.

He said that the situation in Afghanistan was the reason for the delay in the TAPI project, however, now the Afghan Taliban have also expressed support for the TAPI project on their website, he added.

Justice Faisal Arab said that the North-South plan was a national project.

The attorney general said that the talks with a Russian company were finalised for the North-South project.

Justice Mansoor Ali Shah said that the court wanted to see practical actions in this regard.

The court then adjourned the hearing of the case till Wednesday.