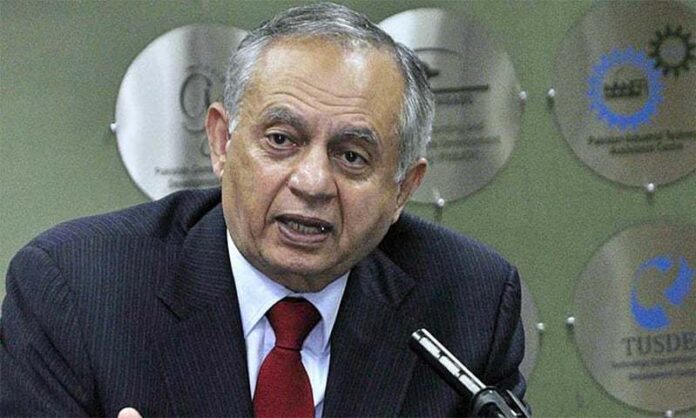 ISLAMABAD: As coronavirus outbreak has badly affected economic activities in China, its impact was also being felt by Pakistan, as the latter imports a bulk of its products from the former.

This was stated by Adviser to Prime Minister on Commerce and Industries Abdul Razak Dawood while talking to a group of journalists in Islamabad on Monday.

“Since the bilateral is largely in favour of China, imports from the neighboring country have largely been affected.”

He said the ministry was monitoring the possible effects of coronavirus on domestic production and exports.

Talking about the decline in exports in the month of January 2020, the adviser claimed that the global price index and recession were the reasons behind the decrease in exports. He, however, claimed that exports would see an increasing trend in the coming months.

Justifying the reduction in exports, he also said that the global impact was also visible in exports of regional countries like India and Bangladesh.

Talking about his government’s focus on the emerging market of Africa, the adviser said that the ministry had last year prepared a ‘Look Africa Policy’ to exploit the African market. “We recently conducted a successful conference in Nairobi and more of the same will be arranged in the near future to stay increase our engagement with the African countries,” he added.

The adviser said Pakistan was opening six new trade wings at its embassies in African countries, including Algeria, Egypt, Ethiopia, Senegal, Sudan, and Tanzania. This has increased the number to 10, while they would also be granted accreditations to cover the whole continent, he added.

“The existing trade with African countries is not more than $1.2 billion which would be enhanced to $3 billion through the initiatives being taken by Pakistan. There is potential of exports to Africa especially for the products including tractors, deep freezers, refrigerators, chemicals, pharmaceuticals, electrical appliances, apparel, pharmaceuticals, sports goods, surgical instruments, cutlery, furniture, textile, leather, rice and engineering items.”

Under the Look Africa initiative, the adviser said, an Egyptian consultant was being hired to educate exporters and businessmen in Pakistan about the trade opportunities and regulatory formalities for trade with African countries like Kenya, Rwanda, Ethiopia, Sudan etc.

Dawood said the Pak-Africa Trade Development Conference, held in Nairobi (Kenya) last month, was very successful as the event brought together businessmen from Africa and Pakistan under one roof to explore and open up new frontiers for enhancing trade. Pakistan and African countries, he said, needed to accelerate export diversification and product sophistication which ultimately would enable them to shift from over-dependence on commodities to higher value added products and services.

Earlier, the adviser tendered his apology to media persons over a derogatory remark passed by the Utility Stores Corporation managing director against the media.