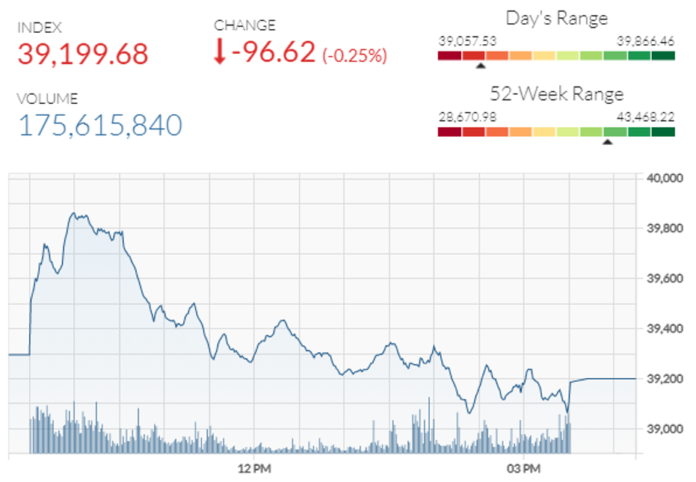 KARACHI: The Pakistan Stock Exchange (PSX) failed to carry forward its bullish momentum from the previous session, with the indices ending in the red amid volatility.

On the economic front, Commerce Secretary Ahmed Nawaz Sukhera has claimed that the country’s exports surged 13.6pc on a yearly basis to $2,137 million, whereas its imports fell 4.56pc during the same period to $3,954 million. “As a result, Pakistan trade deficit has shrunk by 19.67pc.”

This would help reduce the production cost of the company, it added.