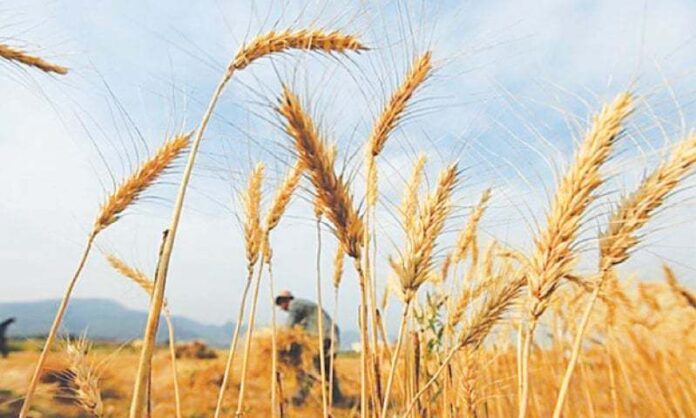 The committee, which met with Senator Syed Muzafar Hussain Shah in the chair, observed that wheat prices in local markets were the lowest when compared with regional markets. Besides, other crops, including oilseeds, have been providing better returns than wheat.

Speaking on the occasion, the committee chairman noted that local wheat requirements would increase from 26 million tonnes to 36 million tonnes by 2028, adding that local farmers should be encouraged to grow additional wheat in order to meet the future demand.

The committee was informed that about 2.353 million tonnes of wheat was available in the country, which was more than enough to cater to the local requirements.

Looking into the carry-forward stocks of about one million tonnes, to be available by the arrival of new crop in the markets, it was decided that wheat would not be imported into the country.

Briefing the meeting, National Food Security & Research Secretary Dr Hashim Popalzai said that the wheat crisis, which had emerged due to demand-supply gap, was fully under control and the prices of the commodity had witnessed a declining trend in local markets.

The committee was told that 8.25 million tonnes of wheat, to be procured during the current season, would require an amount of Rs277.119 billion so that strategic reserves of staple food grains could be ensured while local consumption issues during the season could be tackled.

The food secretaries of Punjab and Sindh apprised the meeting about the arrangements of wheat procurements and facilitation of growers in selling their produce on official rates.

It was also informed that wheat procurements in Sindh would start on March 15, while the same would commence in Punjab from April.