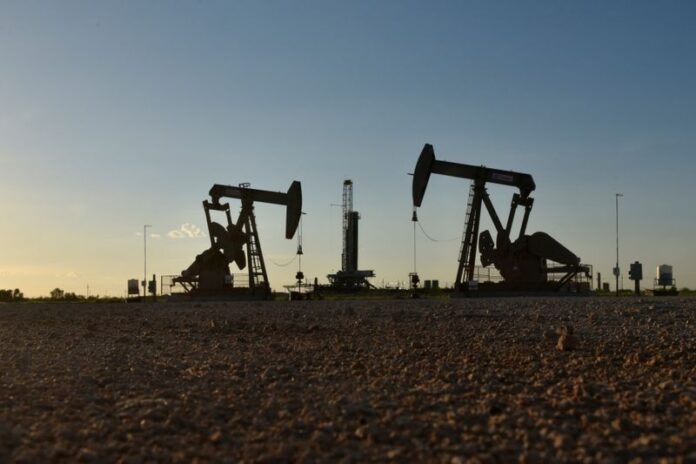 NEW YORK: Oil prices fell, with Brent crude sliding 8pc on Thursday after US President Donald Trump unexpectedly announced restrictions on travel from Europe in an attempt to halt the spread of coronavirus after the World Health Organization described the outbreak as a pandemic.

The slump in oil is being compounded by the threat of a flood of cheap supply after Saudi Arabia and the United Arab Emirates said they would raise output in a stand-off with Russia.

Global equities plunged into a bear market after President Trump said the United States would suspend all travel from Europe, except Britain and Ireland, as he unveiled measures to contain the coronavirus.

“The initial shock of Trump’s EU travel ban will deliver another blow to demand forecasts. Brent crude seems poised to selloff another 10% here as the demand outlook seems like it will only get worse.”

Global oil demand is set to contract in 2020 for the first time in more than a decade, with the International Energy Agency this week lowering its annual forecast by almost 1 million bpd.

The two benchmarks are down about 50% from highs reached in January. They suffered their biggest one-day declines since the 1991 Gulf War on Monday after Saudi Arabia launched a price war.