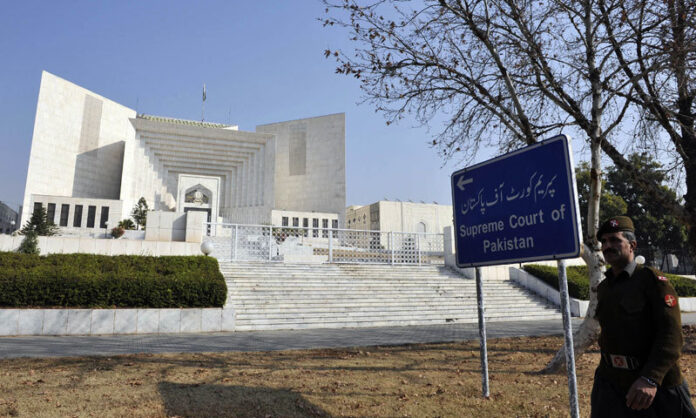 ISLAMABAD: The Supreme Court (SC) on Thursday, while hearing a case pertaining to the privatisation of Pakistan Steel Mills (PSM), questioned the continuous payment of salaries to the employees despite the closure of the country’s largest industrial unit in June 2015.

A three-member bench, led by Chief Justice Gulzar Ahmed heard the case, directed the federal government to submit its response in the case.

Justice Gulzar said the mills have been closed since 2015 and the employees are still receiving their salaries, adding that the “government is paying billions annually [in terms of salaries]”.

The apex court ordered the secretary of Ministry of Industries to look into the matter immediately.

Privatisation of the Mills is on the cards for quite some time now. Earlier in January this year, Special Assistant to the Prime Minister on Information Firdous Ashiq Awan announced that the government is initiating a program to privatise a number of public institutions, including the Mills, to make them profitable. Privitisation Commission Secretary Rizwan Malik, who was also present on the occasion, had said the PSM is “being turned into a profitable institution once more and the process for its privatisation will be completed by the end of the [current] year”.

During Thursday’s hearing, Justice Gulzar further ordered the government to lay off all employees, and appoint new people if it wants to keep PSM running. “It seems the entire national budget has been spent on it,” he added.

Earlier this year, the government decided not to include Pakistan Steel Mills (PSM) in the China-Pakistan Economic Corridor (CPEC) framework, reversing its earlier decision to offer the country’s largest industrial unit, which has remained closed for almost five years, exclusively to Chinese investors.

The decision to sell PSM through international competitive bidding was taken at the prime minister’s level a few weeks ago, sources in the Ministry of Industries said.

Prime Minister Imran Khan, Adviser to the PM on Trade, Commerce and Industries Abdul Razak Dawood, Planning Minister Asad Umar and Privatisation Minister Mohammad Mian Soomro were in favor of including PSM in the CPEC framework, the sources said.

However, Adviser to Prime Minister on Finance Dr Abdul Hafeez Shaikh and some other officials wanted that PSM should be privatised through open competition among all investors, they added.