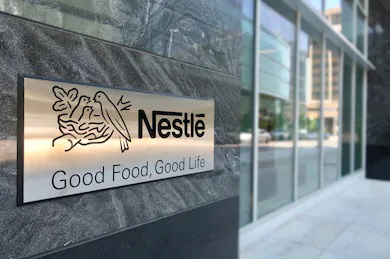 Pakistani consumer companies just cannot seem to get a break. It does not matter whether you are Nestle, Bata, or even Glaxo: no matter how much you increase your prices, you cannot seem to cover your costs.

An analysis of 20 Pakistani consumer companies, across staples, pharmaceuticals and discretionary items, found that total profits declined by 26% in 2019 compared to the previous year, according to Sunny Kumar, research analyst at Topline Securities, a securities brokerage firm, in a note issued to clients on March 17. The fall in profitability, however, is not evenly distributed, with consumer staples and pharmaceuticals – predictably – faring somewhat better than the consumer discretionary sector.

Consumer staples – which includes 12 companies such as Nestle, Packages, Pakistan Tobacco, Colgate-Palmolive, among others – saw profits decline by 13% in 2019 to Rs33.9 billion, compared to 2018. Pharmaceuticals – which includes five companies such as GlaxoSmithKline Pakistan, Abbott Laboratories, and AGP Pharma, among others – also saw profits fall by 13% in 2019 to Rs9.1 billion.

Kumar had grouped only three companies under consumer discretionaries: Indus Motors, Honda Atlas, and Thal Ltd, which manufactures jute products. The total profits of all three fell by 48% to Rs14.6 billion. The decline in the sector’s profits was drive in large part due to consumers reduced willingness to open up their wallets for purchases that are non-essential. Revenue for the sector was down 23% in 2019 compared to the previous year.

The year 2019 comes on the back of a weak run for the discretionary consumer goods companies, with the five-year compounded annual growth rate (CAGR) for revenue for the sector falling to a paltry 3% over that period. In inflation-adjusted terms, the sector has been undergoing a recession over the past two years.

By comparison, consumers are far less likely to reduce their purchases of consumer staples such as milk and dairy products (Nestle), dental hygiene and cleaning products (Colgate-Palmolive), or even cigarettes. Even in tough times, it seems, smokers will make room in their budget for their cigarettes.

Needless to say, consumer’s purchases of medicines and pharmaceuticals are not directly impacted by economic slowdowns either, since those are often necessities that consumers will often cut back on other spending for in order to be able to continue to afford them.

And while both staples and pharmaceuticals saw an increase in sales of 7% for 2019, that is still lower than their recent run, with both sectors having been able to achieve five-year annualised revenue growth rates of 8% and 16% respectively.

Much of the higher revenue in staples was actually driven by an increase in prices of goods, as the rupee’s devaluation led to costs being passed on to consumers. In some cases, volumes also declined. Nestle had the largest weight in Kumar’s sample size, and its sales declined 4% in 2019. Instead, any sales growth was led by Colgate and Engro Foods, both rising 20% in 2019 compared to the previous year.

Most companies were unable to fully pass on the impact of higher costs, as they also had higher taxes to deal with in 2019. Overall, the gross margins of staples declined by 1.4 percentage points to 28.4%.

The data from the consumer goods companies from this recent period of accelerating inflation highlights the falsehood of a commonly believed myth among most Pakistanis: that inflation is somehow a conspiracy by a collusive cabal to increase profits. In reality, inflation in Pakistan is often the result of two factors: the government’s inability to finance itself through its own revenue (and hence needing to engage in inflationary borrowing from the central bank), and macroeconomic policies that render the country vulnerable to sudden socks when the government runs out of the ability to continue subsidizing the lifestyle of the upper middle class of Pakistan.

The sales increase in pharmaceuticals was driven by price increases and also higher volumes. However, gross margins declined by 2.4 percentage points to 31.2%. In fact, a price increase on the basis of the higher costs, linked to the annual consumer price index, will be applicable from July 1, 2020.

And despite the discretionary firms instituting multiple price hikes, sales still declined, and volumes fell over 25% compared to the previous year. Gross margins also fell by 2.73 percentage points to 10.1%.

In that quarter, increasing prices finally caught up to the total increases in costs, so even overall margins improved by 2 percentage points.

The good run could have even continued on into this quarter, were it not for the coronavirus pandemic sweeping the world. Kumar casually drops one short statement on the virus: “The impact of Coronavirus can affect their sales and costs (due to supply chain disruptions), if the country moves towards a complete lockdown to contain the virus.”

And if Pakistan were to move to a complete lockdown, you can imagine that the subsequent massive decline in sales would be the least of everyone’s problems.