Saudi Arabia plans to boost oil exports to 10.6 million bpd from May 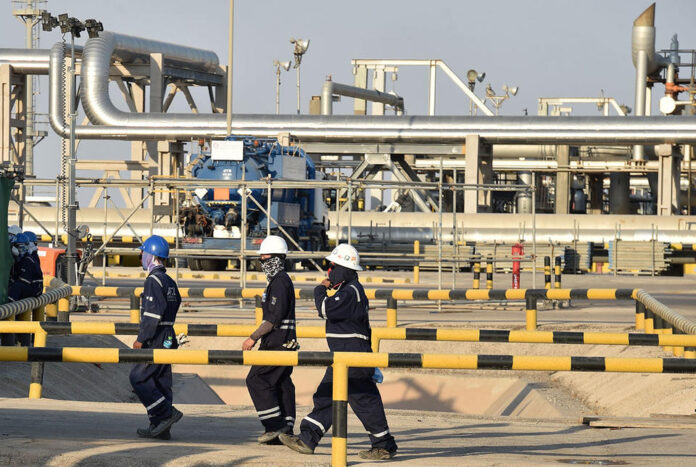 DUBAI: Saudi Arabia plans to boost its oil exports to 10.6 million barrels per day from May because the country is burning less oil for power generation and there is also lower domestic consumption, a Saudi energy ministry official said on Monday.

The world’s top oil exporter has already made plans to boost its crude supply and exports sharply after the collapse earlier this month of a three-year deal between the Organization of the Petroleum Exporting Countries and other producers, led by Russia.

The rise in crude oil exports will be “starting from May by about 600,000 barrels per day,” the official said.

“This increase came as a result of displacing crude with natural gas from the Al-Fadhili gas plant as a fuel for generating electricity,” the official said.

He also said it followed a decrease in local demand for petroleum products due to the reduction in transportation as a result of precautionary measures in place to limit the coronavirus outbreak.

Saudi Arabia had said this month it had directed national oil company Aramco to keep supplying crude at a record rate of 12.3 million bpd in coming months and export more 10 million bpd from May.

The country is willing to maintain its survival-of-the-fittest oil strategy by using its vast supplies and financial muscle to drive out higher-cost rivals for the long term, sources have told Reuters. Saudi Arabia produces more than a tenth of global crude.

But with demand tumbling because of global measures to contain the coronavirus outbreak, oil companies have been reducing refinery processing rates and global oil demand is expected to plunge 15 million to 20 million bpd, a 20% drop from last year.

Oil prices fell sharply on Monday, with U.S. crude briefly dropping below $20 and Brent hitting its lowest level in 18 years, on heightened fears that the global coronavirus shutdown could last months and demand for fuel could decline further.

Saudi oil exports are expected to rise in April after Aramco cut its official selling prices (OSPs) to stimulate demand, but a sharp increase now appears less likely as demand plummets due to the coronavirus and a freight rates surge.

On Friday, two Indian refiners declared force majeure on crude purchases from the Middle East after fuel demand plummeted due to a nationwide lockdown to stem the spread of coronavirus and because the companies’ tanks are full, sources told Reuters.

“Saudi Arabia is evidently struggling significantly to increase production and exports as planned after the failed OPEC+ meeting, likely leading to continued deep discounts for Europe and the U.S.,” JBC Energy, an oil and gas research firm, wrote in a note on Monday.