Govt set to take sugar cartels by the horns 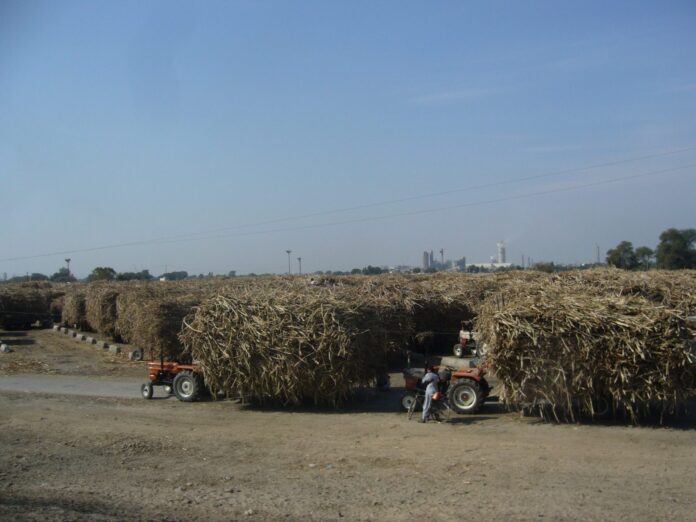 ISLAMABAD: The federal government has decided to reform the Competition Commission of Pakistan (CCP) to make it efficient in countering the cartelisation in the sugar industry as well regulating it to thwart any kind of artificial food crisis in future.

Addressing a press conference after the meeting of the federal cabinet, Prime Minister’s Special Assistant on Information and Broadcasting Firdous Ashiq Awan said that modern technology would be introduced in collection and maintenance of sugar industry data so that nobody could hoodwink the system in future.

She said the prime minister warned that stern action would be taken against those found involved in hurling threats to the commission, adding that the government will deal strongly with the elements involved in profiteering after the release of forensic reports.

The PM’s aide said the present government for the first time since 2014 increased the price of sugarcane to protect the interests of the growers.

Speaking about the proceedings of the cabinet, she said PM Imran assured the ministers that all necessary initiatives would be taken to protect the interests of farmers and ensure supply of edibles items to general public at affordable prices.

Firdous said Special Assistant to the PM on Accountability Shahzad Akbar presented the inquiry report on flour and sugar crisis before the cabinet at the outset of meeting on the directives of the prime minister. She said Shahzad Akbar informed the cabinet that the concerned ministry had presented the report in the ECC meeting that there was about 2 million tones surplus sugar available in the country.

She said that after bumper crop of the sugarcane, the mill owners pleaded that they were unable to purchase the same due to already available stock. In this situation the PM was briefed that for saving the interest of the farmers, it was necessary to hold consultations with mill owners and take export-oriented initiative, she added.

She said that the PM issued directives for resolution of the farmers problems; however, the federal government did not give any subsidy on the export of sugar.

During the meeting, she said that the cabinet gave approval to the decisions of the committee on energy besides approving the inclusion of 62 more districts in universal service fund to improve broadband service.

She said that the cabinet approved proposals regarding revamping, reconstructing and reorganizing Evacuee Trust Property Board and gave approval to utilization Evacuee Trust Board land for welfare purposes, including health, education and housing sectors.

Firdous said that Special Assistant on Social Protection Dr Sania Nishtar gave a detailed briefing to the Cabinet on Ehsaas Emergency Cash Programme. She said that the cabinet was informed that the federal government was providing cash assistance worth Rs12,000 to over 12 million deserving families.

The deserving families, she said, would get this cash assistance after biometric verification through over 18,065 sale points or retail shops across the country.

She said that Special Assistant to the Prime Minister on Health Dr Zafar Mirza briefed about the current the situation of ongoing coronavirus and the relief steps being taken. He informed the meeting that so far 3,864 coronavirus patient had been registered in the country and 54 deaths have been confirmed.

She said that the PM expressed his annoyance over the treatment meted out to doctors in Balochistan and said that doctors and paramedical staff were the frontline soldiers in war against the pandemic and that it was the responsibility of the concerned governments to provide them with protective gears.

The cabinet was informed that so far over 39,000 protective kits have been handed over to the provinces but these have not reached the hospitals in enough numbers. The cabinet decided that from now onward, these kits would be directly sent to the medical superintendents of the hospitals through courier service to speed up the delivery process.

She said that SAPM on Youth Affairs Usman Dar was specially invited in the meeting who briefed it about the registration of volunteers for Tiger Volunteer Force. He said that so far 7,17,199 persons have registered themselves for the force which would work at district, tehsil and union council level to support the district administration in rescue, relief and rehabilitation activities, she added.