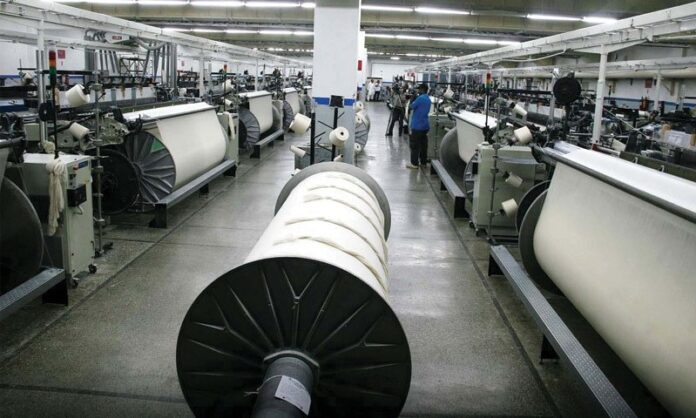 ISLAMABAD: The government has decided to allow the opening of industrial units with confirmed export orders, sources revealed on Friday.

According to details, the Ministry of Commerce, while briefing the National Command and Control Centre (NCOC) on steps taken so far for the mitigation of COVID-19 related-issues faced by industries, has proposed the provinces to consider the applications of industrial units with confirmed export orders and exempt them from the ongoing lockdown.

It was decided by the chair that MoC would hold consultations with all the provinces to finalise the procedure, and present its final proposal to NCOC on April 11 (Saturday).

As per the MoC’s proposals, “Any such industrialist may apply either to the deputy commissioner of the district in which the industry is situated or to the regional office of the Trade Development Authority of Pakistan (TDAP).”

In addition, the applicant shall present documents as proof of the confirmed export. These include L/C of confirmed orders, proforma invoice of confirmed orders, confirmed purchase orders with specific details of seller and buyer, undertaking on a Rs100 stamp paper from the exporter that the product/commodities will not be sold in the domestic market.

Moreover, focal persons of the concerned district, through coordination with TDAP and the provincial government, shall confirm the application within 24 hours.

According to documents, industries shall also ensure compliance with all federal/provincial SOPs that have been or shall be notified/issued for health, safety and environmental (HSE) protocols, in terms of labour, manufacturing and transportation of goods within cities/provinces and to the ports and compliance with rules and laws relating to cross border trade of goods for exports.

Besides this, the MOC stated that only bare minimum required labour would be allowed to work within the approved timeframe.