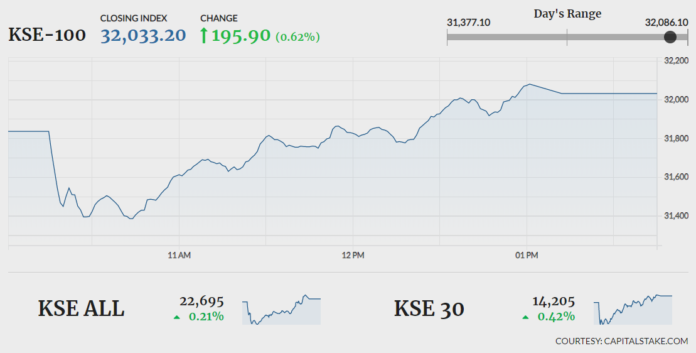 The Organization of Petroleum Exporting Countries (OPEC) and major producers, led by Russia, agreed to cut output by 10 million barrels a day, which according to analysts was much lower than the market expectation.

“Resultantly, oil & gas chain saw selling pressure/profit booking and closed in the red,” said an analyst at Arif Habib Ltd. “The cement sector continued displaying strength on the government’s ‘construction relief package’ as well as due to ‘lockdown relaxtions’ extended by provincial governments.

In a notification to exchange, Nishat Mills Limited (NML -0.16pc) announced that it has partially resumed production activities in view of the relaxation allowed to the textile industry from the ongoing lockdown.

Meanwhile, Sazgar Engineering Works Limited (SAZEW +0.48pc) released its production and sales figures for March 2020. As per the data, the company produced 803 units last month, selling 647 of them.