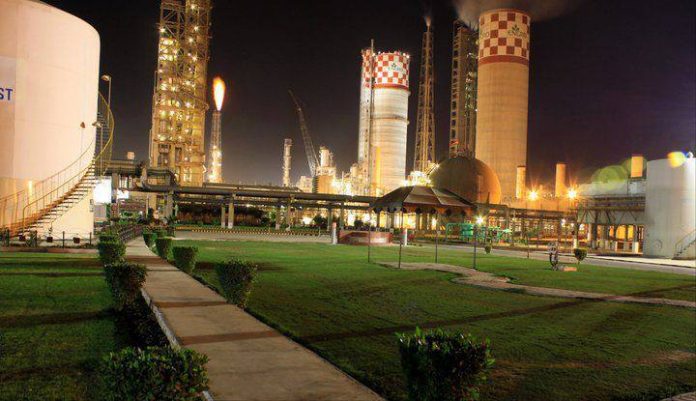 LAHORE: The Board of Directors of Engro Fertilizers Limited (EFERT) met on Monday to review the company’s performance and announce its financial results for the quarter ended March 31, 2020.

According to financial results, the fertiliser manufacturer posted a consolidated profit after tax of Rs570.764 million for 1Q2020, as compared to a PAT of Rs4.006 billion in the same period of last year, showing a decline of 85.75pc.

The company’s net sales plunged 54pc, from Rs23.65 billion last year to Rs10.79 billion during the period under review.

During the period under review, the company’s unconsolidated net sales dropped by 51.57pc, from Rs16.64 billion to Rs8.05 billion.

Sunny Kumar, a research analyst at Topline Securities, stated the company’s net sales declined due to a 61pc YoY decrease in urea offtake and a 62pc YoY decline in DAP offtake.

He noted that the company’s gross margin increased by 1.6ppts YoY to 33.7pc in 1Q2020, which is higher than expected.

“Selling and distribution expenses declined by 35pc YoY due to a decline in sales across all portfolio products,” he stated. “Other income reduced substantially by 74pc YoY to Rs261 million in 1Q2020 owing to the absence of one-off gain recorded from the sale of land to EPCL in 1QCY19.”

He said the company’s financial charges increased by 52pc YoY on back of higher interest rates and borrowings.

Ailia Naeem, a senior research analyst at AKD Securities Limited, opined that the decline in earnings was mainly attributable to 54pc YoY lower topline, which was led by an anticipated dip in urea/DAP offtake, coupled with a massive decline in other income.

She maintained that the result was below their expectation of Rs1.4 billion (EPS: Rs1.05), where major deviations resulted from (i) gross margins at 34pc, lower than 39pc expected, likely due to lower than anticipated ending inventory, (ii) higher than expected finance cost and (iii) effective tax rate of 49pc vs. the estimate of 25pc.

“We expect offtakes to normalise from 2QCY20 onwards as EFERT has reduced its urea price to bring them at par with those of Fauji Fertilizer Company Limited (FFC),” she said.

To recall, GIDC elimination in Feb this year followed by lower urea price cut by EFERT as compared to FFC led to a steep decline in market share for the former, Naeem said.

“Nonetheless, we advise investors to remain cautious in the scrip, as urea price reduction is expected to eat into the company’s profitability,” she added.