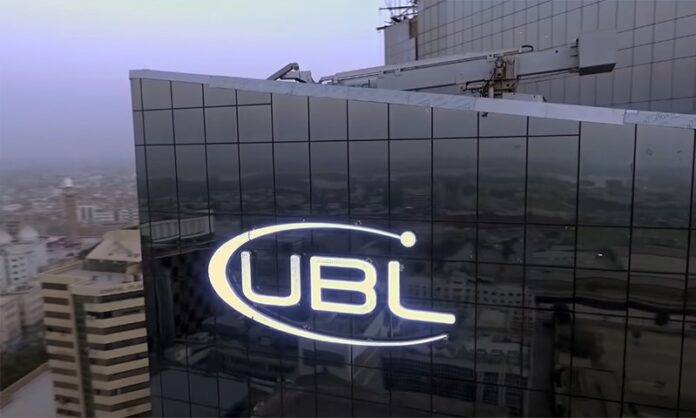 KARACHI: The Board of Directors of United Bank Ltd (UBL) met on Thursday to review the bank’s performance and announce its financial statements for the first quarter ending March 31, 2020.

According to the financials, the bank’s profit after tax increased to Rs4.87 billion in the quarter ending March 2020, as compared to the Rs4.0 billion in the corresponding period last year, showing a growth of 21pc year-on-year.

However, when compared to the fourth quarter of 2019, profit after tax stayed practically stagnant, also at Rs4.87 billion.

The bank also announced an interim cash dividend of Rs 2.50 per share. However, Taurus Securities noted that this announcement followed yesterday’s SBP circular calling for banks to suspend dividend payouts for March and June quarters.

“We expect UBL’s cash payout to remain suspended for 2QCY20 and 3QCY20. However, they may issue bonus shares in lieu of cash,” said the report from Taurus.

The bank’s earnings per share (EPS) clocked in at Rs3.98, which is an increase from the Rs3.3 during the same period last year.

The bank’s earnings were in some cases in line with analysts’ expectations, and in others below expectations.

The net interest income of the bank stood at Rs17.78 billion, which was a 19pc year-on-year increase from the Rs14.96 billion during the same period last year.

Most impressively, the net interest income actually increased on a quarterly basis by 5pc from Rs16.8 billion last quarter. UBL outperformed its peers in this sector, according to AHL.

There was also a significant provisions expense of Rs3.7 billion, a rise of 319pc year-on-year, and 130pc quarter-on-quarter.  According to AHL, this was due to the credit provisions on overseas book, and impairment charges.