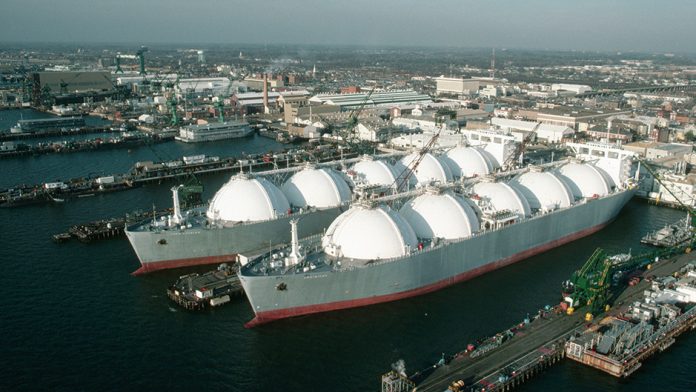 ISLAMABAD: The Ministry for Energy (MoE) has decided to purchase liquefied natural gas (LNG) at $4 per Million British Thermal Unit (MMBTU) from two international commodity suppliers for six months instead of prevailing $2 per MMBTU price in the international market, Pakistan Today has learnt.

According to sources, the ministry (Petroleum Division) has decided to purchase LNG from two global commodity suppliers at $4 per MMBTU instead of $2 per MMBTU despite the instructions of Prime Minister Imran Khan to buy cheap energy.

They said owing to the coronavirus outbreak, the LNG price has decreased to $1.5 to $2/MMBTU in the global market, so buying expensive LNG would cause loss of Rs10 billion per annum.

The collection from consumers has become a difficult task for SNGPL and first time PSO has also defaulted in paying Rs5 billion to Gunvor, while loan limit from local banks also ended, source added.

They said since PSO is unable to make payments to international companies for petroleum products, it (PSO) has requested the government to immediately make Rs100 billion available. The shortage of petroleum products might happen if PSO’s Letter of Credit is not saved from facing default, sources added.

According to documents, the global LNG market has been facing surplus supplies due to addition of new liquefaction facilities, resulting in higher production than demand. This situation has been further compounded by the COVID-19 pandemic. The net result is that spot LNG prices have plunged to historic lows. At present, PSO has been purchasing one cargo from Gunvor every month and the Pakistan LNG Limited (PLL) has been getting two LNG cargos under a certain formula, while LNG purchase can be suspended as per agreements in case of epidemic and lockdown.

However, as per sources, the Petroleum Division instead of imposing the condition of force majeure for suspension of LNG supplies has paved the path to purchase LNG at fixed rate through negotiations.

They feared the country might face above Rs10 billion annual losses due to this action/decision.

Sources added the private sector that is willing to supply LNG at $2/MMBTU, had offered the division to bring cheap LNG to the country.

“PSO is currently faced with the financial crisis as it could not collect Rs105 billion from consumers despite selling expensive LNG. A penalty of Rs5 billion has been imposed on PSO due to non payment to Gunvor in time,” sources, said and added PSO has to collect Rs365 billion from government owned and private companies.

Since the execution of these contracts, the prices of long term LNG contracts in the international market have come down. Also, spot prices, while volatile, have shown a downward trend.

At the same time, with the coronavirus infections and lockdown, the demand for LNG has dropped significantly in Pakistan and this trend is executed to continue for the rest of the year, and possibly into next year.

Given the global dynamic of LNG supply, a number of new production facilities that were planning to get Final Investment Decision (FID) are now likely to be delayed for several years (on account of global economic slowdown). This will likely result in LNG prices strengthening in the years to come as the global demand comes back but new supply gets delayed.

It is pertinent to mention that the government of Pakistan has desired to evaluate possibilities of declaring force majeure as well as negotiations to lower supplies and/or improving pricing.

The Cabinet Committee on Energy (CCoE) notified a sub-committee to look at the issue of force majeure which held its meeting on April 4, 2020 including the Attorney General (AG) of Pakistan.

The advice from the AG was that force majeure is a very high bar in this instance and it was not advisable to go that route. And, it was recommended that mutual consultations be held with suppliers to see if any relief could be obtained.

In his recent opinion, AG was of the view that all efforts should be made to address difficulties in the contracts through negotiations with suppliers rather terminating the contracts, as termination will lead to legal claims worth hundreds of millions.