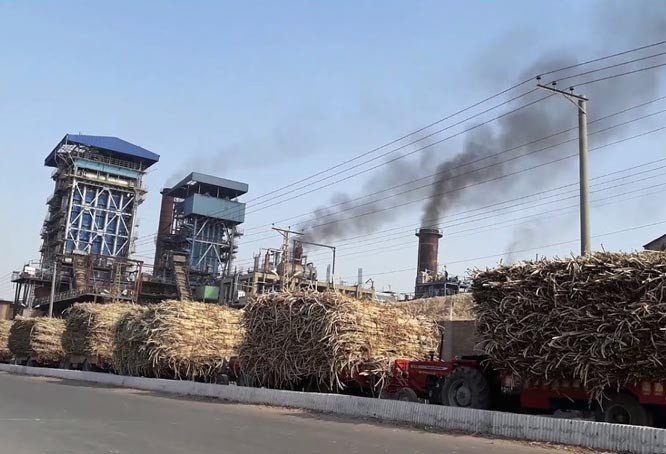 ISLAMABAD: Sajjad Mustafa Bajwa, who was excluded from the sugar inquiry commission on allegations of “leaking valuable information to sugar owners”, has pointed out some of the malpractices in the process of sugar exports.

In a strong-worded letter to Federal Investigation Agency (FIA) DG Wajid Zia titled ‘Misleading leakage to media to defame me’, Bajwa stated that over 70pc of Pakistan’s total sugar exports went to Afghanistan, which was alarming to observe “as afghans traditionally consume gurr instead of sugar”.

He stated that the inquiry team had asked the Federal Board of Revenue (FBR) as well as the State Bank of Pakistan (SBP) about those who imported sugar from Pakistan in the last three years so as to ascertain whether the commodity was actually exported from Pakistan or sold in the local market.

The team had sought yearly details of factories that exported sugar to Afghanistan, besides the names of all Afghan importers as well as details of each vehicle, driver, clearing agent, he added.

“I tried to get information from the FBR and SBP in this regard, but their response is still awaited. Instead of doing the needful, they levelled allegations that ‘I was hiding the information’.”

“He said that he had also written to the Securities and Exchange Commission of Pakistan (SECP) to determine its role in regulating the affairs of the sugar industry, but their reply also never came. “The letter, which was only intended to get the relevant information, was instead taken as an ‘offence’ by the commission.”

He continued that the inquiry team had also asked the SECP about the inspection of Alliance Sugar Mill (Ghotki), which was being carried out by the department for the last three years.

“We had asked about the precise process of sugarcane purchase and dispatch of sugar bags in connection with the current practice adopted by FBR.”

“However, we witnessed during inspection that no such practice was being adopted, which resulted in lack of validated documentation for the purpose of audit and verifications.”

Bajwa alleged that the FBR not only allowed dealers to continue their operations without coming into sales tax net but also allowed sugar mills to exhibit fictitious sales in the name of drivers, labourers, employers of dealers.

“Besides this, FBR may be asked to explain as to why rules pertaining to the sugar sector have not been implemented since 2015? Why the exemption of 3pc tax on sugar supplied to unregistered persons was not withdrawn?”

Negating all allegations levelled against him, Bajwa stated, “Being the head of the department, when you (Wajid Zia) called the undersigned on April 21, 2020, and I confronted that if there is any such evidence, it should be brought in front of me and no such information should be shared with the media. Instead, I was defamed in media which was extremely unprofessional and unethical from a head of department.”