Roti to cost Rs10 from next week 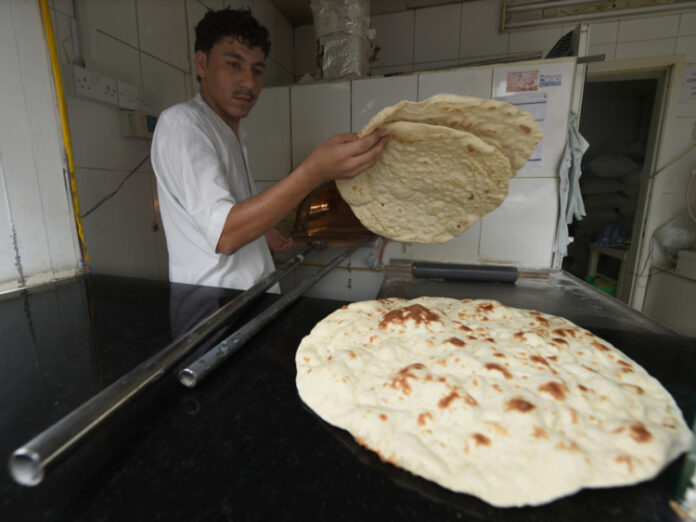 LAHORE: The Muttahida Naan Roti Association has decided to increase the price of roti and naan by Rs4 and Rs5, respectively, from June 10 onwards.

The decision was taken in an emergency meeting of the body on Friday. After the implementation of the decision, roti will be sold at Rs10, whereas a naan will cost Rs15.

The decision of the hike in the bread prices didn’t go down well with the public.

Aftab Khan, who frequently relies on tandoors to get roti, commented that in the present circumstances the prices should not be increased. “We are already hand to mouth because of the lockdown and if the price of roti goes up, we will be devastated.”

Another buyer expressed his distress over the potential hike in prices. He urged the government to step forward and look into this matter. “In case the prices are increased, many people like me will go hand to mouth and sometimes without food.”

The president of the association, Muhammad Aftab Aslam Gul, informed that they made several attempts to contact the district administration but they did not pay heed to their issues. “We cannot sell the naan and roti on these prices (old prices) if the government does not restore the old prices of flour.”