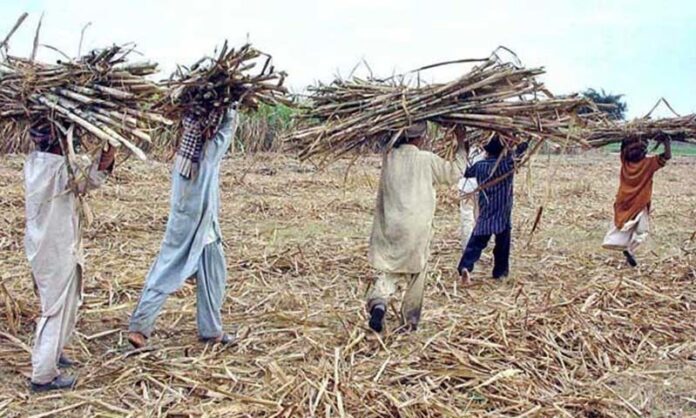 ISLAMABAD: Sugarcane growers moved the Islamabad High Court (IHC) on Saturday seeking to be included as respondents in the sugar inquiry report case.

Ahsan Abdi, who hails from Rahim Yar Khan district, filed a petition requesting to be included as a necessary party in the case. He said that his rights and those of other farmers have been infringed by the ‘sugar mafia’. The court should hear the version of sugar farmers too, he added.

On June 11, the court restrained the government from taking any action on the basis of the sugar commission’s inquiry report for 10 days. Mill owners were directed to sell sugar for Rs70 per kilogramme until the next court hearing.

The Pakistan Sugar Mills Association had challenged the inquiry report on June 10. The petition said the inquiry report was “entirely unlawful” and led to an “unwarranted campaign of vilification and demonisation” against the country’s sugar mills, adding that it denied the “right to due process guaranteed to them by the Constitution”.

All sugar mill owners said that they are willing to “answer all questions of fact and law and face the consequences of their actions”.

The sugar inquiry report was issued on May 21. It revealed the way sugar barons had cheated farmers, benefited from subsidies and created conditions so that the price of sugar could go up. Pakistan Tehreek-e-Insaf’s Jahangir Khan Tareen was among the ones accused of benefitting the most from the crisis. The report said that six major groups control 51 per cent of the total sugar production. Tareen’s JDW Mill has the biggest share—20pc of the total production.

ISLAMABAD: The valuation of core assets of Pakistan Steel Mills (PSM), which will be transferred to a new subsidiary, is underway and the exercise...
Read more
GOVERNANCE

January 26, 2021
ISLAMABAD: Khyber Pakhtunkhwa (KP) Chief Minister (CM) Mahmood Khan has announced a package of Rs2 billion for the provisiion of gas for district Karak. He...