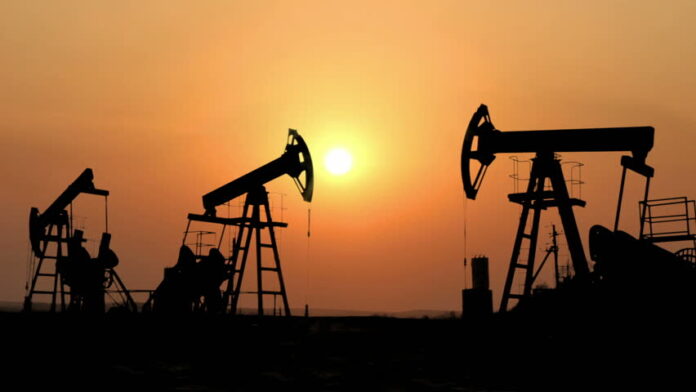 ISLAMABAD: With an aim to meet domestic fuel requirements through indigenous means and to bring down the country’s oil import bill, the government has fixed a target of producing 31.12 million barrels (MBL) oil and 1.58 trillion cubic feet (TCF) gas during the fiscal year 2020-21.

“The gap between indigenous gas/petroleum products and demand will be supplemented through liquefied natural gas (LNG) and petroleum imports,” according to the government’s Annual Development Plan devised for the upcoming fiscal year.

The country’s total consumption of petroleum products stood at 19.68 million tonnes (MTs) during the year 2019-20, of which 11.59MT was produced through local refineries while the demand for 8.09MT was met through import.

Currently, as many as five refineries are operating in the country with an overall installed capacity of 417,400 barrel per day (BPD) oil, contributing significantly in meeting the petroleum needs through indigenous production.

In FY20, petrol consumption in the country stood at 7.6MT per annum, of which 30pc was being catered from local refineries and rest was being imported to meet the national demand.

Similarly, the consumption of diesel was around 7.3 MT per annum. The local production helped the country meet 65pc of the total demand, while rest of the demand was being met through imports.

Among these, PSO leads with an overall market share of 42.5pc, followed by APL with 10.9pc, TPPL 10.3pc, HPL 9.8pc and SPL 8.3pc. OMCs receive, store and distribute the petroleum products in the country by utilizing their supply arrangements and infrastructure, comprising installations, storage depots, oil pipelines and retail outlets.

On the other hand, the country’s indigenous natural gas production remained at around 4bcfd during the current year, as against an unconstrained demand of over 6bcfd.

According to the Economic Survey 2019-20, the ever-increasing demand of the commodity is being met through import LNG and liquefied petroleum gas (LPG).

“To achieve self-sufficiency in the energy sector, the government has devised an effective strategy to accelerate oil and gas exploration activities in potential areas of the country to identify new hydrocarbon deposits,” it stated.

As per the survey report, Pakistan has an extensive gas network of over 12,971-kilometre transmission, 139,827km distribution and 37,058km services gas pipelines to provide the commodity to more than 9.6 million consumers across the country.

At present, two LNG terminals with 1200mcfd re-gasification capacity are operating in the country to mitigate gas demand-supply shortfall, while the total supply of LPG during July-March 2019-20 stood at 739,785MT.