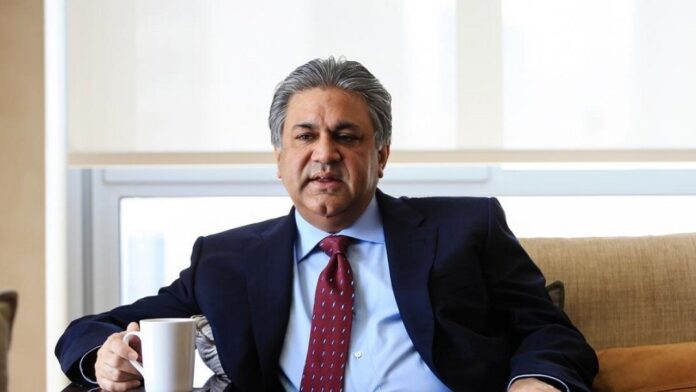 Former Abraaj Group founder and chief executive Arif Naqvi is set for a four-day extradition hearing in London, starting from Monday, as he battles to avoid a trial in the United States for fraud and money laundering following the collapse of the private equity company.

But in a new filing on Friday, as reported by foreign media, the liquidators put the losses much higher, claiming Naqvi stole $385 million from 2009 to 2018 as he moved money for his own use in more than 3,700 transactions.

The 59-year old has been living under curfew at a luxury gated London apartment block for more than a year after his arrest at London’s Heathrow Airport when he returned to the UK from Pakistan in April 2019.

Another executive, Mustafa Abdel-Wadood, a former managing partner, was arrested while on a college-shopping trip to the US with his wife and son. He pleaded guilty and is awaiting sentencing in September. Other defendants charged in New York are outside US custody.

Abraaj, which was founded in 2002, was the Middle East’s biggest private equity fund and one of the world’s most influential emerging-market investors, with stakes in health care, clean energy, lending and real estate across Africa, Asia, Latin America and Turkey.