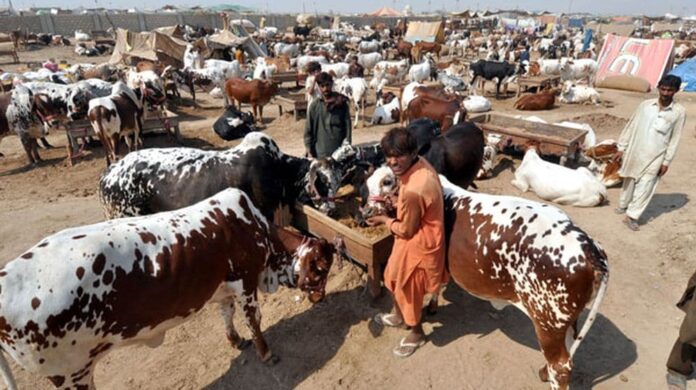 LAHORE: Progress on the establishment of a model cattle market in Arifwala, in Punjab’s Pakpattan district has been hampered due to lack of funds, with the project still waiting completion after more than three years since its inception.

Sources told Profit that the project was approved by the Local Government and Community Department (LG&CD) on March 22, 2017 at the cost of Rs207.326 million whereas the administrative approval of the said project was issued on March 29, 2017. The Communication and Works (C&W) Department Punjab was responsible to execute the project.

The PC-I of the project was also prepared by LG&CD at a cost of Rs229.913 million and a planned completion period of 12 months but construction of restaurant and dormitories was removed by Departmental Development Sub-Committee (DDSC) and administrative approval was issued with a cost of Rs207.236 million.

According to sources at LG&CD the current government has withheld funds for the project which has led to a delay in its completion.

On the other hand other sources in LG&CD claimed that this was not the first project to be delayed and that the current government had stopped most of the projects started by the previous government.

“Public money is spent on these projects and money spent on projects which are closed before completion goes to waste, they said.

C&W XEN  Engineer Tahir Khan while speaking to Profit also confirmed that the current government had withheld funds for the project.

“All development funds were withheld by the government in April. Due to non-availability of funds, money owed to contractors was also not paid. A lot of work has already been done on this project and if the government releases the funds the rest of the work will again begin,” he said.

“According to our estimates, about 4,500 animals were to be brought here daily and animals worth Rs1 billion were to be traded every month in this market.”

According to the official at LG&CD the project was initiated with an aim to provide facility to sellers and buyers to trade cattle in a free and safe environment serving as a guard against cattle theft.

The official further informed that it was planned that the model market will remain open for six days in a week and that cattle trading will freely be carried out by traders under good hygienic conditions.

Additionally, the project also aimed to encourage proper registration and certification of breed and the promotion of local animal breeds including Neeli Ravi and Sahiwal Cows for national and international buyers.

The official added that the project can help provide better facilities for financial transactions between buyers and sellers and facilities for safe slaughtering of cattle.

The official further added that the project also aimed to provide value added commodities. “We had planned to provide better electricity and animal shedding systems to facilitate the farmers against rough weather conditions. But, due to shortage and non-availability of adequate funds, the project is now expected to be completed with a delay by June 30, 2022,” he said.