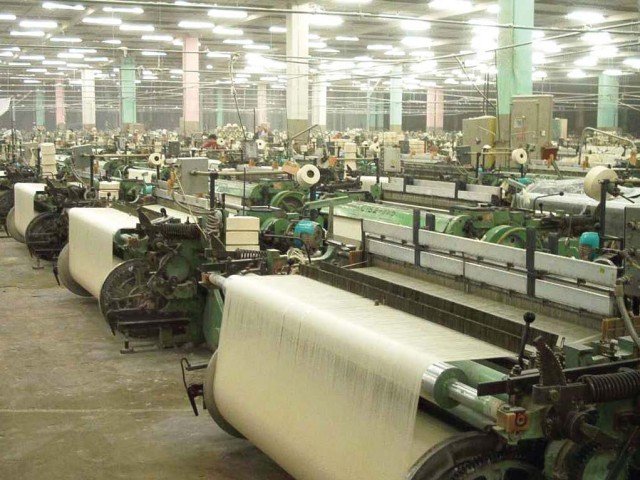 If you run an export-oriented company, you have to prepare for shocks. Perhaps you have to be on the lookout for other countries’ import policies; your own country’s subsidies; which potential new markets could open up etc. But the key assumption in each case is that there will always be demand; that at no point will the global economy collapse to the point that people will want to randomly stop importing your goods.

Well, tough luck: Covid-19 is one such unprecedented shock. And the Pakistani textile sector, which is so reliant on exports, has been very badly bruised.

Textile exports stood at $751 million in May 2020, or a 37% decline when compared to the exports worth $1.19 billion in May of last year. In a note issued to clients on June 17, analyst Ahmed Lakhani at JS Global pointed out that this was the second successive month of massive reduction in textile exports amid the global pandemic.

In fact, all categories of textile exports witnessed double-digit declines. Exports of cotton yarn saw the steepest decline, from $107 million in May last year to $52 million in May this year, or a 51% decline. Highest value areas like garments (which stood at $252 million last May) and knitwear (which stood at $274 million last May), declined by 46% to $136 million, and 34% to $181 million this May respectively. The category of bedwear experienced the least amount of shock, but even that segment declined by 22% year-on-year from $188 million to $146 million.

In fact, the only silver lining the textile industry has is that at least the month of May was not as bad as April. That particular month, which saw exports decline by 65% year-on-year to $404 million, represented a historic, multi-decade low.

Most of that was aggravated by an extremely strict lockdown in Pakistan, but also global lockdowns around the world, which had begun to kick in in March and April. As a June 17 report from Taurus Securities pointed out, there was also a  delay in shipments to major markets, such as the US and Europe, which were severely affected due to Covid-19.

One good thing that can be said is that the base level of April was so low, that May figures actually look like a solid rebound: exports in May shot up 86% when compared to April. Every single export segment showed a double-digit month-on-month increase, with segments like towels and garments increasing 127% MoM and 121% MoM respectively.

It is important to note that the actual share of the composition of segments has remained unchanged. So in May, knitwear remained at 24%, bedwear at 19%, ready-made garments at 18%, cotton cloth at 13% and others at 25%, respectively.

On a monthly basis, the share of textiles in total exports in Pakistan declined to 42% in April, and 53.8% in May.

However, if one looks at the period of the first eleven months of the fiscal year 2020, the share of textiles in total exports of Pakistan remained unchanged at around 59.5%, compared to 59% for the same period last year.

However, during that same eleven month period, textile exports were down by 6% year-on-year to $11.6 billion, with double digit declines in yarn and cotton cloth (13% and 12% respectively), while categories like knitwear and garments also stayed firmly negative.

According to Lakhani, textile exports are expected to recover gradually from the lows of April and May, but remain lower on a yearly basis over the next few months.

“To tap weak (but recovering) global demand, it is crucial to develop new channels amid a dynamic scenario (such as export of masks and PPEs), while simultaneously ensuring adherence to safety SOPs on the domestic front to ensure the situation does not worsen,” notes Lakhani.

Previously, on April 23, the Adviser to the Prime Minister on Commerce and Investment Abdul Razak Dawood had said that the federal government had allowed the export of textile masks, though it would not apply to surgical and N95 masks.

However, there is a slight problem with this logic. While the textile industry has somewhat reoriented itself towards exporting masks and creating PPEs, with varying levels of success, the orders are simply not enough to make up for the loss in other segments. In reality, most of these ‘new channels’ are often one time, non-repetitive, and have low margins.

Meanwhile, companies have to deal with other problems simultaneously, such as advance order books, which are usually booked for three to six months, have also been reduced to a few days. There is also quite a fair bit of backlog currently, as many clients cancelled unexpectedly due to a lack of demand.

The triple whammy of unprecedented weak demand, plant underutilization, and lower prices are going to severely affect the textile industry and its ability to export in the coming months.

No wonder then, that a few months ago, the All Pakistan Textile Mills Association Executive Director Shahid Sattar grumbled that the future outlook for textile markets is ‘extremely bleak’, and that the cash flow crisis was even more acute for indirect exporters.

That same organization released a press release on June 23, in which it rejected the recently announced budget, and asked the government to competitively price energy, lower sales tax, and have the turnover tax reduced from 1.5% to 0.5%.