Fire breaks out at Iranian power plant, latest in series of incidents 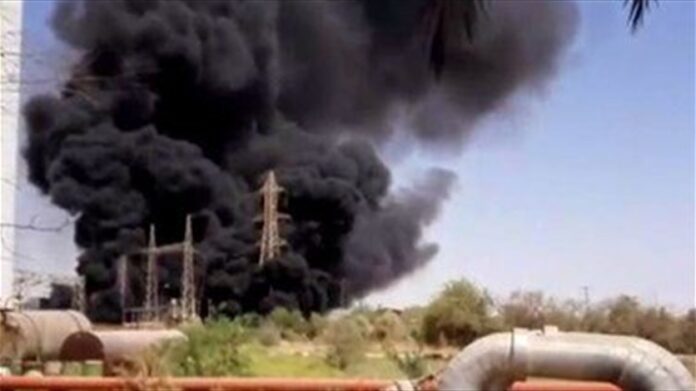 DUBAI: A fire broke out at a power station in southwestern Iran on Saturday, Iranian media reported, the latest in a string of fires and explosions, some of which have hit sensitive sites.

The blaze, which affected a transformer in the power station in the city of Ahvaz, was put out by fire fighters and electricity was restored after partial outages, Mostafa Rajabi Mashhadi, a spokesman for state-run power company TAVANIR, told the semi-official news agency Tasnim.

There have been several other incidents at facilities across the country recently.

A chlorine gas leak occurred at a unit of the Karoon petrochemicals plant near the port of Bandar Imam Khomeini on the Gulf, the Iranian oil ministry’s SHANA news agency reported.

“Some employees who were present near the unit suffered minor injuries (because of chlorine inhalation),” the plant’s director told SHANA, adding that the leak was stopped.

On Thursday, a fire broke out at Iran’s Natanz nuclear facility but officials said operations were not affected.

A former official suggested the incident could have been an attempt to sabotage work at the plant, which has been involved in activities that breach an international nuclear deal.

On Tuesday, 19 people were killed in an explosion at a medical clinic in the north of the capital Tehran, which an official said was caused by a gas leak.

On June 26, an explosion occurred east of Tehran near the Parchin military and weapons development base that the authorities said was caused by a leak in a gas storage facility in an area outside the base.

DHAKA: Bangladesh will buy 100,000 tonnes of rice from Myanmar, putting aside a rift over the Rohingya refugee crisis as the government races to...
Read more
World Business News